CHICAGO, Oct. 15, 2013 (GLOBE NEWSWIRE) — “If you believe that
Congress and the President are incompetent when it comes to running the
national economy, you should also take a look at your state governor
and legislatures. There are governors and legislatures that make our
federal leaders look like economic geniuses,” says Dr. Ronald R.
Pollina, Chairman of the American Economic Development Institute (AEDI)
and President of Pollina Corporate Real Estate, Inc.

AEDI and Pollina Corporate co-publish the Pollina Corporate Top 10
Pro-Business States, recognized as the “Gold Standard” for evaluating
the pro-business status of each state and considered the most
comprehensive study of all 50 states because it evaluates 32 of the
most important economic factors controlled by each state.

If consistency counts, then states that ranked as the Ten Worst States
for Business in the AEDI/Pollina Corporate study deserve to be given
awards. The annual report found that the lowest ranked states in
descending order were Maine, Minnesota, New Hampshire, Massachusetts,
New Jersey, Vermont, Illinois, Wisconsin, California and Rhode Island.

Of the other seven states (Maine, Minnesota, New Hampshire,
Massachusetts, Vermont, Illinois, and Wisconsin), none has risen above
the bottom 15 in five years with the exception of New Hampshire, which
ranked 30th in 2010 and freefell to 43rd by 2013. Although not among
the bottom ten, Maryland deserves special mention as it dropped from
13th in 2007 to 33rd by 2013, the greatest six-year drop of all states.

“What many of these leaders of states with antibusiness reputations do
not realize, or refuse to recognize, is that many of their largest
employers are growing their businesses in other more pro-business
states or offshore. Many of these jobs could remain at home if only the
state leaders made some effort,” explains Brent Pollina, Vice President
of Pollina Corporate and co-author of the study.

“You have to ask yourself, if a state is consistently performing at the
bottom year after year, who is really at fault? Is it the political
leaders of these states,” says Dr. Pollina, “Or the citizens who elect
and often re-elect them? Shareholders must question the competence of
any CEO who continues to expand their business in a state that
overtaxes them or does a substandard job of educating their citizens
for 21st Century jobs.”

Small Businesses Up the Ante this Holiday Season: Offer Discounts and Invest in Advertising to Get More Out of Small Business Saturday, According to NFIB/American Express Research 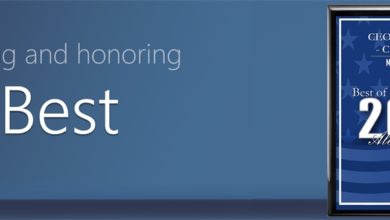