Five years ago, a good friend of mine hanged herself.

I had coffee with her the day before.

She was married to a successful Silicon Valley entrepreneur who ran a couple of major companies and had a brilliant career. She did not work. But on the surface, they had everything.

I knew both of them well. It was a deeply disturbing incident that shook us all up.

Five years have passed. I have observed society around us closely. And today, I am writing this with a certain amount of lingering sadness.

One of the greatest defeats of the feminist movement in America has been the phenomenon that women in the thirties are quitting the workforce in large numbers. Many of them are highly educated, and just as they acquire sufficient experience to take on more substantial roles, the body clock sets off an alarm.

Time to have babies.

Women are programmed to want to have children. There is no point in denying or defying biology. Whatever it is that the feminists want women to do, asking them not to have children isn’t something that will gain any traction.

And if you have children, those children need to be raised.

Unlike societies like India where the extended family is deeply integrated into the fabric of society, and where domestic help is affordable and abundant, Western societies tend to consist of more nuclear families. Help is limited. Childcare is expensive.

Faced with a complex juggling challenge, women, often, abandon their professional lives and

become full-time mothers. Paying for childcare, feeling guilty about not being there for the children, peer pressure from other women who are full-time moms – all eventually catch up with them. They quit their jobs in search of a less stressful existence.

In some cases, and this situation is particularly prevalent in places like Silicon Valley and Wall Street where wealth flows abundantly, women quit because there is no real pressure to earn money. The husband earns enough. The family can afford childcare, but that doesn’t put a stop to the hostile glares from other full-time moms. Even supposedly high-powered women like Sheryl Sandberg have been known to succumb to this kind of peer pressure and feel guilty. Once again, many women quit in response.

Also, some families do not believe in outsourced childcare. Especially, immigrant families who want to impart the culture of another country into the children, have to invest time and energy in doing so, personally. Children of Indian or French parents raised by Mexican nannies are subject to tremendous clashes of culture, not to mention language development challenges. Add to that the notion of cross-cultural families where there are already two different cultures to navigate. If the nanny introduces a third culture, kids can get utterly confused.

Then there is the option of a stay-at-home dad, of course. However, a large percentage of women are not drawn to the dynamic of a male partner not working. This is a bias that both nature and society have developed from the stone ages. Men are supposed to hunt. Now, in the twenty first century, it is okay for women to hunt, but my observation is that men who just gather do not turn on most women.

It is important to be turned on by your mate.

In short, raising children while maintaining a serious career is and will continue to be complex for women, forever. The temptation to quit will always beckon.

What happens if you do?

My friend Renee Fields worked in Wall Street. In her thirties, she married and supported the dreams of a man who has since become a successful Silicon Valley entrepreneur. Now in her fifties, Renee has raised four children, and along the way, gave up her professional career. She says that she has regretted giving up her career and staying at home, driving the kids around all day long to their schools and activities, feeling intellectually starved.

By the time her husband comes home from an exhausting day at work, Renee is longing for adult company, stimulation, and engagement. But her husband wants to chill.

The most telling observation from Renee’s experience is the identity crisis that she has experienced. “From a Wall Street trading desk to this domestic swirl has been mind-numbing,” she says. While most women are unwilling to admit to their regrets, Renee speaks of them candidly: “Going to lunch with other bored housewives is just not interesting to me.”

It offers a window into the large-scale identity crisis that a generation of women is going through. They have made the choice to quit. They have raised children. In the process, they have lost one of the most fundamental secrets of human happiness: the sense-of-self.

My friend who killed herself had no sense-of-self left.

She did not do anything with her talents. She had raised two great kids.

Once they left, she had no identity of her own.

A few months ago, I met Jana Francis, founder and CEO of online daily deals site Steals.com. Her story is one that I find both inspiring and instructional to those women who have, perhaps, already made the choice of quitting, or are contemplating doing so.

The motivation for Steals.com came to Jana Francis right after she had a daughter, her third child, when she had to head back to work at the end of her maternity leave. She realized she was a smart, capable woman who could work from home. Once she started thinking along those lines, the ideas started to flow.

Jana was always the one you could count on for online shopping deals – her friends called her the dotcom princess. But when it came to online shopping in the baby space, she was disappointed. There was no website that would tell you the story of the product, why you would want it, what problem it would solve for you, and offer great deals. She developed a burning desire to create a new kind of website that would launch new deals every day – a steep 40% to 80% discount on premium baby products.

With a full-time career and three kids, one of which was a newborn, Jana took 18 months to go from concept to creation. She partnered with Rett Clevenger who at that time was an online media manager for a large e-commerce site, to launch Steals.com in April 2008. BabySTEALS.com was the first site to be launched and as the business became profitable, more sites were launched – scrapbookSTEALS.com, kidSTEALS.com, and sheSTEALS.com.

Jana now has over 70 full-time employees, most of them based out of Salt Lake City, Utah. Her Webmaster was a former colleague who had left the company after her maternity leave. About 70% of her employees are women and about 25% of them have had a baby in the past two years.

Being a completely bootstrapped company, Steals.com cannot offer its team the best possible pay. But for most of them the flexibility the company provides means a lot. Most of the customer service staff is able to work from home for 30 hours a week.

Jana says, “For me it is very rewarding to know that the situation I dreamed of for myself is being provided for so many moms in Utah who would not have a job if they were not working here.”

What I like about Jana’s story is that she has been able to have a flexible, but fully engaging career herself by moving over to the entrepreneurship side. Additionally, she has leveraged her understanding of women’s need for flexibility and desire to work, and created a uniquely appealing culture in her company that is allowing many other women to continue working, while raising children.

So my suggestion to all you talented women facing the same dilemma: Do not quit. Become an entrepreneur. Do not risk losing your sense-of-self.

Work is not just for livelihood. It is as much a source of fundamental life force.

Sramana Mitra is the founder of One Million by One Million (1M/1M), a global virtual incubator that aims to help one million entrepreneurs globally to reach $1 million in revenue and beyond. She is a Silicon Valley entrepreneur and strategy consultant, she writes the blog Sramana Mitra On Strategy, and is author of the Entrepreneur Journeys book series and Vision India 2020. From 2008 to 2010, Mitra was a columnist for Forbes. As an entrepreneur CEO, she ran three companies: DAIS, Intarka, and Uuma. Sramana has a master’s degree in electrical engineering and computer science from the Massachusetts Institute of Technology.

Small Businesses Up the Ante this Holiday Season: Offer Discounts and Invest in Advertising to Get More Out of Small Business Saturday, According to NFIB/American Express Research 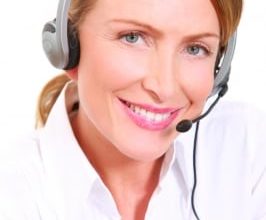 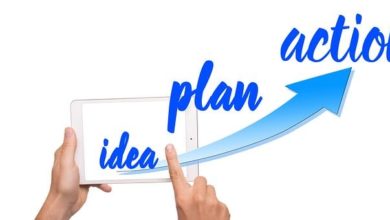 Confused About Where To Start With Handling Your Personal Finances? Start Here! 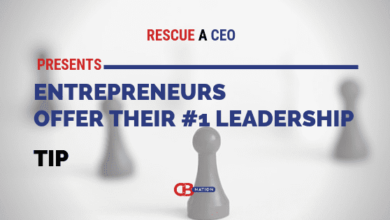 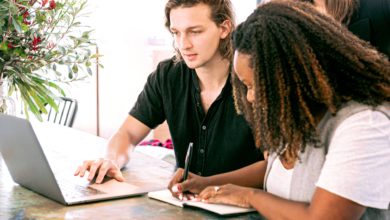 9 Surefire Ways to Convert Your Clients Into Brand Affiliates