Addressing issues relating to the Affordable Care Act (ACA) is a contentious matter, where politics almost always intrudes on any attempt to have a civil, non-partisan conversation about the business lessons – the takeaway points for executives – involving the launch of such a significant piece of social legislation. All of which is my official disclaimer that I do not approach this issue as a liberal or a conservative, or as a Democrat or Republican; I come neither to celebrate one group nor criticize another, as that defeats the purpose of analyzing the Act as a metaphor for preparation, communications, crisis management and, above all, education.

The Act itself is a matter of settled law, so my comments are not part of an effort to undermine the President or in any way detract from a much-needed discussion about health insurance reform. Indeed, if we put politics aside – if we stop, however briefly, the quest to score debating points – and examine the broad strokes about the Act, we can begin the very exchange of ideas our fellow citizens want to hear and the country's business leaders crave to support.

In my role as the Founder of Lookout Alliance, Inc., which is a group of insurance brokers representing clients nationwide, I view the Act as something well beyond a question of coverage for the uninsured. Bear in mind, therefore, that I am not here to advance an alternative to the Act or dissect the economics of it, either. The business themes are, however, fair game because they are examples of serious but avoidable mistakes involving marketing, managing expectations, the realities of technology and the mandatory delivery of valuable news.

So, let me once again (and for the last time) follow my own advice about communication, and be absolutely clear: My statements are not an indictment of the Act as a political institution, my analysis is not an assault against President Obama's character and my observations are wholly separate from observational bias; the latter is the willful distortion of reality by selectively seeing only the bad or the good. No law is perfect, no institution is infallible and no failure lacks the seeds of future success.

The Act is a monumental piece of legislation, and this is where business executives should pay acute attention, which means it warrants a monumental amount of marketing. Think of any transformational product launch – the debut of the iPod or iPhone, for instance – and consider the marketing responsible for that product's monumental success. I use the word monumental deliberately because big actions change behavior; they uproot the culture, sidelining some industries, bankrupting others and birthing ones previously inconceivable, like the multibillion-dollar business involving the creation of mobile applications for smartphones and tablets.

The poor marketing of the Act puts its supporters, starting with the President, in a difficult position because there are two principal forms of marketing: Promotional marketing, which can be self-serving and repetitious, and explanatory marketing, which educates as it promotes. Indeed, a powerful explanation becomes a greater promotional success than a conventional advertisement because of the sincerity of the message. Thus, we address the first avoidable mistake of the Act: Failure to explain, in detail and easily digestible portions of information, how the Act, well, acts.

The introduction of the iPod or iPhone stands in marked contrast to the Act because of this very reason. The revolutionary (at the time) nature of either product – “1,000 songs in your pocket” or “Touching is believing” – has a slogan, which encapsulates its purpose, preceded by a lengthy, entertaining, insightful and powerfully delivered overview of the item in question. And, charismatic figures though they may be, the many differences between the President's marketing of the Act and Steve Jobs's celebrated presentations have everything to do with explanatory marketing. (Jobs’s legacy is so powerful that, even in death, he remains so much a figure of the present, making it difficult – almost unseemly – to refer to him in the past tense.)

The lesson for CEOs is simple: If you plan to create monumental change, if you seek to inspire your consumers, if you are a force unto yourself — then, I implore you, explain your plan thoroughly; master the art of presentation. For, there is no doubt that every presentation by Steve Jobs remains an act of marketing and an act of explanation. Thus, the Act is confusing, in part, because no one has yet to explain – with trumpets and fanfare, before a grand stage – how the Act works.

Anything monumental is an invitation for excessively high expectations. A collective letdown, in such a situation, is almost inevitable. The lesson for CEOs is, again, simple but true: Manage expectations by tempering unreasonable speculation, and give people perspective by placing everything in its proper context. So, while the Act may attract descriptions about its historic significance and predictions about presidential greatness, the wise thing to do is subdue your most fervent, vocal – and unrealistic – supporters. For, in their passion to promote your cause and convert your opponents, they may become the inadvertent members of a very alienated audience.

My humble suggestion to the President, which is the same advice I would proffer to my colleagues and top CEOs, is to always explain: Always explain how something works, why it works the way it does, and, in the face of possible disappointment among your consumers, explain – with clarity and passion – the context of your efforts.

In this environment, context is essential because people may not have a natural appreciation of the milestone unveiled before them, or the ingenuity responsible for this occasion. Will some individuals still resist your pleas and register their discontent? The question answers itself, but a CEO needs to win – and inspire – the majority of his consumers. He or she can only do that by way of explanation, which, again, is the best form of marketing.

Be Humble in the Face of Technology

As the stories about the problems concerning HealthCare.Gov, the official website for the Act, demonstrate, reports about missing sections, expired sessions, stalled access and allegations about identity theft further prove, technology is not a euphemism for convenience and peace of mind. On the contrary, grand projects, which require a massive investment in design, coding, hosting, information technology (IT), testing, compliance and around-the-clock, uninterrupted support, are a blueprint for public frustration.

The weaknesses of HealthCare.Gov should not surprise us – they are no surprise to industry experts and private consultants – but they are a shock to the public because of the absence and the dismissal of explanatory marketing. The lesson for the President, which is the same for a CEO who invests tens of millions of dollars on the launch of a new site, with full understanding of the risks or likelihood of “glitches” upsetting everything, the lesson for all parties and their willing cession of responsibility to an anonymous group of programmers in India, South Korea or the Philippines is this: Technology rarely works as intended, at least in the beginning.

Errors abound, but an executive has a duty to explain, accept blame and fix the challenges one side labels a failure and another calls the cost of doing business. But, by all means, make explanatory marketing the voice of technology.

And finally, deliver legitimate, valuable news to your supporters. This task is a daily assignment – it should be part of the President's schedule, focused exclusively, or at least predominantly, on making news through the news – so a message resonates among the public. Repetition is part of this exercise; it concludes and reaffirms the news people accept and already know. The task is to finish the job by updating citizens and consumers, by giving voice (in your own voice) to their appetite for news.

In this scenario, more-is-more: It is a chance for a leader to conclude his points – and a forum for the President to deliver his summation – the way this process should begin: With explanatory marketing, influenced and strengthened by facts, period. Call it news or education or credible communication.No matter the name, the task is the same — to lead. Now is the time to do just that.

Frank Welsh, Sr. is the President of Lookout Alliance, Inc., a group of insurance brokers that represents all eligible candidates nationwide. This family based company has been devoted to giving their clients honest and trustworthy information with supreme service for the last 17 years. 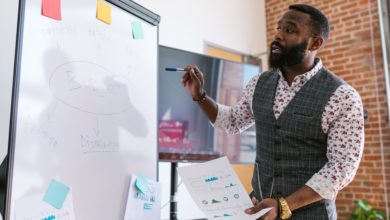 Entrepreneurship is on the Rise, Here’s How to Stand Out and Find Long-Term Success 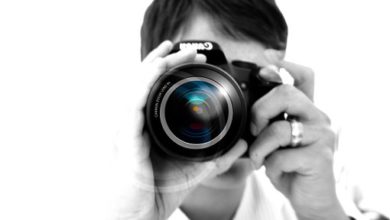 Video Marketing for Small Businesses on a Budget 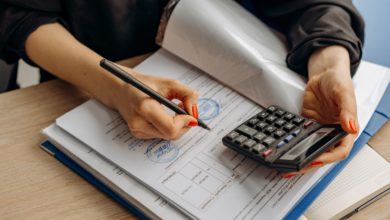 5 Things About Surety Bonds that Every Entrepreneur Should Know 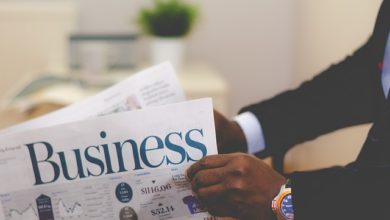