In what seems to be the case for so many blossoming industries there is confusion, conflict and eventual court cases in the pipeline for the electronic cigarette industry. This is an industry which has risen from relative obscurity at the turn-of-the-century to become a $5 billion per annum sales sector in the US alone by 2015. Sales in the US topped $1 billion in 2013 and are expected to show very strong growth during 2014 – assuming that there are no regulatory or legal hurdles. So, why do experts expect the electronic cigarette industry to be dragged through the courts over the next few years?

Over the last few days news has emerged that Imperial Tobacco Group has launched legal action alleging intellectual property infringements by leading US electronic cigarette makers such as Lorillard Inc, NJOY and Vapor Corp. The company is seeking as yet unspecified damages although we know this relates to a recent electronic cigarette acquisition from Dragonite International.

What is the basis of the legal action?

Imperial Tobacco Group, through its Fontem Ventures BV subsidiary, claims a number of intellectual property rights have been infringed. These intellectual property rights were acquired from Dragonite International in a $75 million in September 2013, a deal which raised many eyebrows and caused much confusion. However, it seems that Imperial Tobacco Group already had plans in place to use the company's patents as a means of launching legal action against competitors.

At this moment in time there has been no response from the three company's named, together with an additional eight also subject to the legal action, and we await their comments in due course. We have yet to see details of the alleged infringements although they will certainly make very interesting reading – especially for an industry expected to be worth $5 billion in the US alone by 2015.

Will this legal action disrupt growth in the sector?

In many ways the tobacco cigarette companies underestimated the attractions of electronic cigarettes and have been very late entrants to the market. There have been rumours and counter rumours of behind closed doors deals to try to reduce the influence of electronic cigarettes although so far these have failed. Indeed, the Food and Drug Administration (FDA) has been investigating the industry for over two years now with the aim of putting together a new regulatory structure.

This legal action will likely be dragged through the courts for many months, and even years, although whether it will have a major impact upon short to medium-term growth remains to be seen. The industry is now crossing something of a legal minefield and this in many ways replicates the latter years of the tobacco cigarette industry with companies fighting each other, governments taken to court and regulators feeling the wrath of the business powerhouses.

So many hurdles but still the industry keeps going

Many believe that by 2050 the number of electronic cigarette users could outnumber their tobacco cigarette counterparts with some more optimistic forecasts suggest this could happen by 2030. Electronic cigarettes have a worldwide customer base numbering tens of millions, the industry is a multibillion-dollar giant and this despite very little assistance from the authorities. This latest legal action by Imperial Tobacco Group is likely to be one of many in the short to medium term although, while not particularly positive for short to medium-term investment plans, you would not back against the electronic cigarette industry going from strength to strength in the short, medium and longer term.

It is becoming more and more obvious that governments, regulators and the tobacco cigarette industry seriously underestimated the influence and the power of electronic cigarettes. Only 10 years ago this was a relatively niche market although now it has gone global, is the only real threat to tobacco cigarettes and perhaps more importantly is assisting millions of people in cutting down on their tobacco intake.

One big question remains, how will governments round the world replace their billions of dollars of tobacco tax as the industry continues to decline? Will governments look to balance health-related cost savings from reduced tobacco cigarette smoking against tax income losses? Or will they simply introduce long-term taxes on electronic cigarettes to shore up their budgets? Take a guess!

This guest post is courtesy of Mark Benson. He is the SEO and Social Media Marketing Manager of OK Electronic Cigarettes, www.okcigs.co.uk.

Ways to Motivate Yourself during the Time of Disappointment 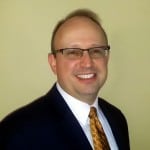 Legacy and Continuity: How the Right Technology Enhances a Company’s Values

Strengthening Protection for Your Ideas Through Overlapping IP 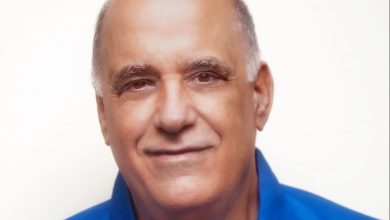 How to Effectively Turn Around a Company in 2016 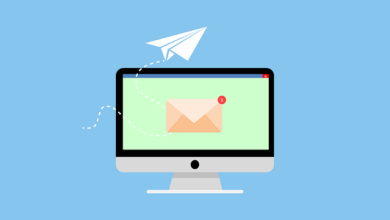