And just how profitable can a business be with outsourcing?

A joint study of the University of Nottingham and IZA Berlin saw that there is a direct correlation between profitability and increasing outsourcing efforts of Irish companies, where the company saw as much as 80% increase in profitability with service outsourcing.  While a study by the University of Portsmouth observed a pharmaceutical company’s operations using an outsourcing model that allowed the company to gradually outsource their operations task. In the first 3 years the company saw  30% reduction in in-house facility management cost and by the end of 5 years it saw a 527% increase in outsource value.

Granted, there aren’t enough studies on how it makes small and medium scale business profitable. But if you’re an entrepreneur just starting out, the difference between paying $2,000 for an assistant and $500 for a Filipino VA is not a small amount.  In fact, it may not even be possible for some business because they don’t have that extra $2000 per month plus the space and all the other additional costs (extra office supplies, furniture, added electricity costs, benefits, etc) needed to hire an assistant. That extra $1,500 could spell the difference between bankruptcy and taking your business to the next level.

The Philippines has a national unemployment rate of 7.3%, with most of the unemployed living in the provinces. They have college graduates all over the country but most of them flock to the metropolitan areas or go abroad just to get a job. Through outsourcing, more jobs are distributed to the provinces and rural areas, which allow these Filipinos to get a good paying job, no matter where they are, as long as they have a computer and an internet connection.

Here’s an example of how outsourcing gives jobs to Filipinos who need them. One of my VAs was considered “unemployable” because she had an autoimmune disease. She was so grateful when I gave her a job, said it gave her purpose and “made her feel useful”. Most companies considered her a liability because of her weak immune system but she’s one of the most productive and hard-working people I know. You can know more about her here and others like her here, here and here.

Every person who creates a jobseeker profile on onlinejobs.ph, Odesk, or any other job site needs that job and deserves to have that job. Job sites allow people who normally wouldn’t be able to get a job (stay-at-home moms, senior citizens, persons with disability) the opportunity to have one. Outsourcing, in a way, is a great equalizer. Outsourced workers are hired not because of their age, gender, religion or ethnicity, they’re hired purely on merit and skill.

It takes away jobs. Yes, it does take away some jobs but it didn’t take away all jobs. According to the US Department of Labor, since 1996 to the third quarter of 2006, the United States lost on average 7.83 million jobs each quarter, but it gained on average 8.17 million new jobs. (http://www.heritage.org/research/economy/bg1757.cfm)  And less than 1% of those jobs lost are due to outsourcing. Most of the jobs that were lost were due to companies that went bankrupt and downsized. Some jobs have become obsolete due to technology.

And when you look more closely at the jobs that were lost, these were mostly low skill jobs. These are jobs that pay minimum wage or less and provide no job security. Basically, these are jobs we can afford to lose.

How many skilled workers do they need? The National Association of Manufacturers roughly 600,000 positions need to be filled and these jobs would inevitably lead to 406,441 additional jobs in other industries.

Outsourcing is inevitable. And it will continue to be necessary for as long as we want affordable products and services, and as long as we want to keep business costs low. In fact, in a white paper released by TheEconomist.com states that “Outsourcing is no longer just about cost saving; it is a strategic tool that may power the twenty-ﬁrst century global economy” It is an ethical business practice and it’s something that most businesses will do directly or indirectly in order to make more business and to stay in business.

Outsourcing is necessary. Businesses need to grow to survive and that means cutting costs wherever they can. Outsourcing provides all businesses with quality workforce at an affordable price so they can continue to grow and be profitable.

It encourages tolerance and acceptance. When you outsource, especially when you outsource to another country, you’re forced to put your prejudices aside and you get to know people from    different cultures in a whole new light. It literally broadens your horizons. If I didn’t outsource, I   don’t think I would have been aware of how Filipinos lived and how similar they are to us in a lot of ways.

It created a whole new set of stereotypes and prejudices. I find it sad that some people find it fitting to judge an entire country just because they had a bad experience in outsourcing. They make generalizations that Filipinos are lazy or Indians are stupid and whatever excuse they can think off to justify not outsourcing.

People are people are people. Bad traits are not exclusive to a certain race or nationality. In the same way that good traits are not exclusive to a certain nationality. Good workers and bad workers exist everywhere. A person’s race or nationality has nothing to do with how well he works. It’s our responsibility as business owners to hire workers that would make our business grow, and this means looking at applicants  based on their skills, experience,  trustworthiness, and reliability; not the color of his or her skin.

It has helped strengthen trade and political alliances. Outsourcing is a form of trade, and countries that trade with one another are more likely to be strong economic and political alliances. I’m not going into an in-depth analysis on this one because this is beyond my depth. But overall, the point I’m trying to make is when you outsource, you do your part in making a world a better place by giving the countries involved incentive to cooperate. In short, if they want your business, they better be good to you.

Exposed a lot of government shortcomings that they quickly (and conveniently) blamed on outsourcing. I just watched the documentary “Inequality for All” and it did a good job addressing the issues, the real issues, on why we went into a recession, why we have such high unemployment rates, why the middle class is struggling, and why the rich are getting richer.

A lot of politicians have made it part of their campaign strategy to put all the blame on outsourcing and how stopping outsourcing can cure all economic ills. They do this because they don’t want us to focus on the real problems in our country. Problems like cutbacks on education, giving tax incentives to the rich, not enough oversight on the financial market, giving bailouts to banks, lobbyists, overpaid CEOs… the list goes on and on.

Outsourcing is an economic tool. And like any tool, it can be used for good or evil and can have good and bad consequences. It does not “cause” anything. It’s used to achieve certain goals and the political effects are often secondary and unintentional.

It is the goal of companies to stay profitable and I understand why corporations outsourced most of their manufacturing. And if these companies were more ethical, they should have found ways to help the people worked for them if they employed a lot of people before outsourcing.   The local government, knowing that this was about to happen, should have placed safety nets and implemented legislation to protect and help those who would be unemployed.

But we also can’t deny the fact that outsourcing has given a lot of people in countries like the Philippines, India, and China decent jobs that allow them to live comfortably. They deserve these opportunities as much as we do and as long as they do these jobs well it shouldn't be an issue.

What I hope you guys would take away from this is that outsourcing, in general, is good. And the negative effects of outsourcing often emerge when outsourcing isn’t used in an honest and ethical manner. It is possible to have a profitable, patriotic, and ethical business when you outsource responsibly and ethically.

Ethical and responsible outsourcing means that you:

Outsourcing, done correctly, can be a win win for everyone involved. I hope now that you know the good and bad things outsourcing can do, you take the time to learn how to outsource correctly so you can get the most that it can offer.

John Jonas is the owner of Replacemyself.com and Onlinejobs.ph. He has been helping business owners replace themselves and live the 4 hour work week lifestyle by outsourcing their business to the Philippines. 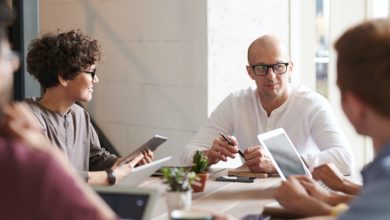 How to Improve Your Workplace Communication Like a Boss 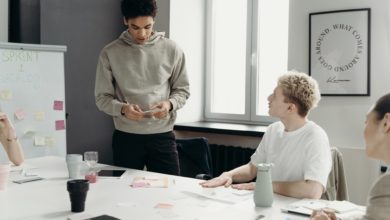 5 Tips Every SaaS CEO Should Implement To Increase Product Signups 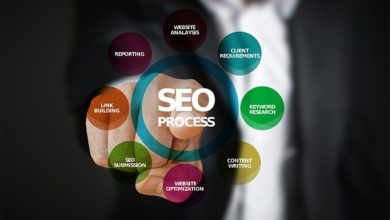 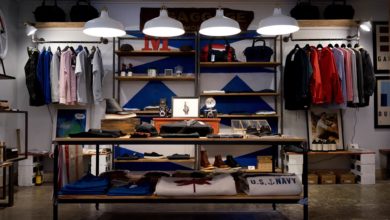 Tidings of Comfort and Joy: How In-Store Retailers Can Make Their Customers’ Holidays Merry Again