What does a business owe a city, when technology can transform “Somewhere” into “Nowhere,” when, with a few digital signatures and attached articles of incorporation, a company can renounce its citizenship, fire its employees and dematerialize like an act of wholesale denial?

The warehouses will then empty, the office furniture – the desks, chairs, couches and tables – will be no more, the telephone lines will be disconnected, the parking lot will be vacant and the sounds (and signs) of life will just end.

That situation is no mere thought exercise, as if a group of urban planners and city elders were to conceive a doomsday scenario in which economic depression and social upheaval, in addition to domestic strife and military combat, were to siphon the air from downtown or the business district into a cyclone of unstoppable destruction.

Would the men and women of that city withstand the onslaught, or would they flee – no, retreat – in shame and fear? The question is a legitimate one because the city I describe, the one where arsonists outnumber working streetlights and once-grand theaters and museums house fugitives and squatters, while so many houses await foreclosure or unlawful entry, that city – The Motor City – of Detroit is very much real.

I ask these questions because here, in “Monument City,” I know what it means to bear the elements. I know what it means to survive – and thrive – in my beloved Baltimore, where my family's business, Mano Swartz Furs, is the ultimate testament to civic pride and loyalty. I know, from having seen the faces and visited the places, from having read the letters (written in good times and bad, in celebration and desperation) of my own forbears, and I know from my own experiences, that you do not abandon your roots.

More to the point: I am this city. There is no separation between place and personality because I see my youth and maturity, the decades past and the miles ahead, throughout this city . . . at my high school and teenage hangouts, in the restaurants and catering halls, in the churches and synagogues, with their sacred sanctuaries and stately pulpits; the bells and sermons echo still, the mourner's prayer and the Sabbath blessing, all coincide – in Latin, Hebrew and English – where Jews and Gentiles, and Protestants and Catholics pay thanks to their Heavenly Father, to walk in the twilight of a Friday in summer or to throw open the doors of a Sunday in fall, to pass Annapolis Road and Biddle Street Station, to drive down Central Avenue and Franklin Street – from the columns and ornaments of Pennsylvania Station to the retired ships and submarines of the Inner Harbor – everywhere is home.

Why would I tear apart the rich garments of tradition for rags of such paltry value? Why should any business be disloyal to its city of origin?

To ask such questions is, to me, a betrayal of a man’s word and honor.

I honor the city by doing, and Baltimore honors me by being. I give it my passion (and my tax dollars, too); and she gives me world-class universities, and a global citizenry of every race, religion, color and hue – a mélange for the melting pot, an ingathering from Central and Eastern Europe and new arrivals from El Salvador, China and Honduras – to maintain the energy and ambition a great city needs.

Their hands across their hearts, with our flag in the foreground, these men and women recite the naturalization oath to the United States. They say words of loyalty about how they “will support and defend the Constitution and laws of the United States of America against all enemies, foreign and domestic . . .” And they do, for they shall.

I need not romanticize my city, or bemoan its shortcomings. The Baltimore of “Diner” and “The Wire” – the former is a nostalgic farewell among friends, while the latter is a cynical depiction of violence, corruption and power – makes for great cinema and TV.

But the life of a city, like the lives of the people who give Baltimore its character, is complex and dynamic; it is neither constantly virtuous nor permanently villainous.

We save our plaster for construction, and we reserve our cardboard for shipping and handling. Which is to say, Baltimore is lovable, in spite of her faults; and we can only repair those faults, if we love her with all our might.

Give me the bricks-and-mortar, and I will build thee a house. It will have an everlasting name, in the annals of the history of Baltimore. It will employ sons and daughters, yours and mine, and their sons and daughters, for a future that stretches beyond what we can see but encompasses everything we can envision: A land of greenery and busy ports, a place of parks and hallowed grounds, where the regal gates of higher learning stand before temples of art and reason.

Make it a place of fun and excitement, where baseball legends and football heroes walk from the diamond and the field into their immortal Halls of Fame. Make it a city of writers like Mencken and Poe, of newspaper reporters and independent journalists.

Let its song be our national anthem, penned during a nighttime battle of smoke and fire.

And the rocket’s red glare, the bombs bursting in air,

Gave proof through the night that our flag was still there,

O say, does that star-spangled banner yet wave

O'er the land of the free and the home of the brave?

Let us also remember the story behind those verses because, though the stars on our flag outnumber the ones from that banner of more than two centuries prior, the principles of that song will never lose their meaning.

The lyrics belong to a war memorialized by a patriot and a poet, during a naval bombardment between an empire and her former subjects.

Take me to this city of liberty and courage.

Take me to Baltimore.

The Importance of Hiring Franchise Consultants in 2015

The Absurdity of ‘Big Data,’ Or: Numbed by Meaningless Numbers 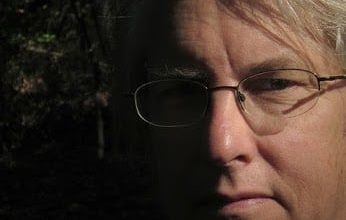 How to Transition a Business into a New Workspace 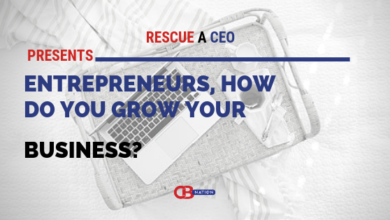 28 Entrepreneurs Explain How They Grow Their Businesses 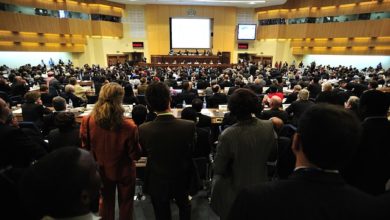 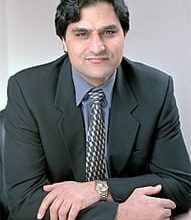 Design and Data: The Essential Elements for Online Success