Entrepreneurs have to possess a rock solid vision, the ability to catalyze a team into action, and a broad range of skillsets and determination. But what skills differentiate wildly successful entrepreneurs from those whose businesses never quite seem to get up enough steam to flourish and thrive?

Examine the following attributes of big-idea, big-risk entrepreneurs and integrate them into your worldview. These are bona fide traits that give folks a real shot at entrepreneurial staying power and long-term success.

1) Focus: This is the number one secret weapon for lasting entrepreneurship, but an accurate definition is essential. Massively successful entrepreneurs have a singular passion for, and intensive interest in, all things related to their business.

Singularity is impossible to fake. If you don’t have that obsessive passion for your business, you won’t be able to have the singular focus that is an essential ingredient for large-scale success. You have to not only want put your heart and soul into this, you must be compelled to do so. Your business is like a book that you just cannot put down. There is no part time entrepreneur that is able to manifest the big time.

Another type of focus that successful entrepreneurs possess is an ability to “separate the signal from the noise.” A talented entrepreneur has an instinct for quickly determining a business’s biggest challenges and opportunities, and an ability to then prioritize issues and take decisive, growth-promoting actions that will serve the organization’s highest good.

Warren Buffett is famous for his laser focus. His secret is in doing less with more energy and greater single-mindedness. Consider his well-known advice to his longtime pilot Mike Flint. Buffett asked Flint to write down his top 25 career goals and then circle the top five of those. Focus is essential. Without it, we create, at best, mediocrity.

Buffett advised Flint to virtually ignore anything and everything that did not make the top five list. He advised this:,  “Everything you didn't circle just became your ‘avoid at all cost list.' No matter what, these things get no attention from you until you've succeeded with your top 5.”

It is this talent for prioritizing and focusing that has made Buffett one of the most successful investors of all time.

2) Innovation: As the saying goes, “necessity is the mother of invention.” True innovation is born of an intense need to solve a problem. Solving the problem creates a product or service that makes people’s lives easier and better. Not so incidentally, massively successful entrepreneurs tend to see these problems/opportunities in places where others don’t.

As a pioneer of the “personal computer revolution,” Steve Jobs popularized the idea of a user-friendly “computer for the rest of us.”

“We started out to get a computer in the hands of everyday people, and we succeeded beyond our wildest dreams.”-Steve Jobs

From the introduction of the Apple II in 1977—which became one of the most enduring lines of personal computer ever, selling millions between 1977 and 1993—Jobs made it his mission to solve the “problem” of portability and accessibility, making computers incrementally smaller, lighter-weight and less expensive. Jobs’ vision of accessibility for average citizens eventually led us into our current era, where most have a personal computer that travels with them everyone they go.

Says Bezos, “In order for innovative ideas to bear fruit, companies need to be willing to wait for 5-7 years, and most companies don’t take that time horizon.”

3) The Courage to Make Tough Decisions: A talent for hiring the best people is an oft-noted trait of wildly successful entrepreneurs, but perhaps just as important is the ability to the make the tough decision to let someone go.

In the words of CEO Coaching International founder Mark Moses:

“Average CEOs play nice and make getting along with everybody a high priority. Great CEOs have the courage to make the tough decisions, and only have five priorities: vision, cash, top-notch employees, key relationships, and learning. Notice that ‘make sure everyone likes me’ is not on that list.”

When your company’s success is at stake, it is essential that you find the courage to move through any fear, guilt or awkwardness tough actions may incur. As Moses implores, “Do yourself a favor: step outside your office, and look at the plaque on your door. It says ‘CEO!’”

The inability to fire a longtime colleague who is no longer a fit for your company is just one more thing standing between you and greatness.

4) Think Big: Advice to dream big in the face of insurmountable obstacles may sound trite and antiquated, but dreaming big is a credo that is a mainstay for bold innovators like Virgin Group founder, Sir Richard Branson:

“The odds have often been stacked against us…but by not limiting ourselves to what we have been told to be true, we have been able to make the impossible possible.”

In one blog, Branson even suggests scheduling time to dream in the same way that you would schedule a meeting. He also advises fellow dreamers to partner with like-minded individuals since, “Very few people ever made a great idea come to life without a lot of help.”

Some fruits of Branson’s outsized dreams include space tourism company, Virgin Galactic along with the more conventional Virgin Airlines, but also include notorious fails like Virgin Cola and Virgin Cars.

In order to think big it is crucial that you embrace the inevitability of failure. When starting Virgin Airlines, Branson was beset by obstacles. A flock of birds flew into the engines of Virgin’s only test plane, damaging it extensively. It appeared ‘impossible’ to get the necessary repairs done without first being certified to carry passengers and it also appeared ‘impossible’ to get certified without doing the repairs.

Undaunted, Branson restructured his Virgin companies, and got the money to make the needed repairs from another venture.

5) Long-Term Thinking: A study by McKinsey Quarterly for FCLT Global reveals that addressing short-term concerns has been winning out over working to fulfill long-term visions in business in recent years. In this survey of more than 1000 C-suite executives, 65% admitted that they felt pressure to produce financial results in two years or even sooner. The catch here is that for lasting success, a hyper focus on satisfying shareholders in the short term is not the way to go.

Jeff Bezos openly admitted, in a 1997 interview for Inc. that he didn’t believe that Amazon would become profitable until the year 2003.

An advocate of long-term thinking, Bezos has always been transparent about the fact that his focus is on growing Amazon, obsessively fine-tuning operations and expanding storage and delivery capacity.

For years he produced no quarterly profits and sometimes even suffered large losses, all the while keeping his eyes on the horizon and his focus on his long-term vision for the company. Shareholders sat tight through this extended timeline, which as we know eventually led to record breaking profits.

To become among the approximately 20% of businesses that make it to the 20-year mark and beyond, emulate hugely successful visionary entrepreneurs like Jeff Bezos and put growth before profitability, focusing on metrics more reflective of lasting success, like 10-year projections of economic value added and long-term return on capital.

Don’t put undue emphasis on the bottom line only. In order to be an organization that makes it big over the long haul, you can’t cave in to short-term pressures and neglect investments that will benefit your company over the time.

Keep Your Eyes On the Horizon to Get Through Rough Patches

All hugely successful entrepreneurs have gone through a bundle of difficult times in the course of their careers. They have faced challenges so formidable that moving forward seemed impossible, and giving up loomed—momentarily—as a viable option.

With the guiding principles listed above held near and dear, it is always possible to realign yourself with your vision, even when the most devastating rough patches threaten to derail you. It’s not the avoidance of failure that separates the good from the great, but the realization that every obstacle is sacred information. And nothing is worth sacrificing your dream.

Three Ways to Motivate Your Employees 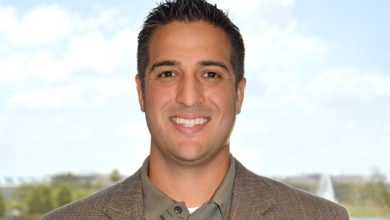 To Franchise or Not? 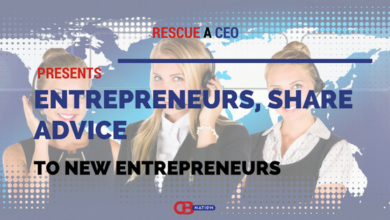 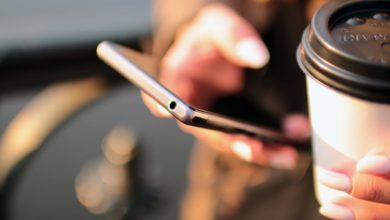