In about 3 days we start our new campaign at On3Shirt.com. At On3shirt.com we do a new campaign every 1-2 months roughly. As such, it is extremely important to have a plan in place for launching your new campaign/product. Launching a new initiative is a constant learning curve. Nowadays, the evolution of social media has drastically changed the landscape for businesses. With social media the response time has become immediate. Twitter, Facebook, and Instagram among others have forever changed the way we do business, and life for that matter. Big time businesses can no longer rely on the old fashioned form of “stagnant” advertising. Response time is immediate and everyone has a voice. People, customers, and fans can all voice their complaints to the world immediately. As such, at On3shirt.com we definitely do not pretend to have the perfect formula to launching a new initiative. We are in the learning curve ourselves and always will be. However, in the following paragraphs we will dive into exactly what our new campaign is starting on May 17th, as well some of our techniques/ideas to make it successful.

Before we dive into details, here’s a quick overview of our company and how it started. On3shirt.com (pronounced One-Shirt-Dot-Com) was started in August of 2012 by my partner and I. At On3shirt.com we partner with a new non-profit organization every 1-2 months. The goal is to help bring awareness as well as financial assistance to the organization we partner with. We develop a design that will reflect the campaign being run. For example, for our first project we partnered with an organization that feeds hungry children around the world. Each T-Shirt purchased fed someone for a month. Each 1-2 months we find a new non-profit to work with. For the 1-2 month period we sell the T-Shirts and once the campaign is over we give according to however many we sold. With each Tee sale we give whatever is needed to reach the tangible goal we set out beforehand. We usually give around %50 of our profits per Tee. With the hunger project we gave enough to feed a kid for a month through each Tee sold. We always look to set up a campaign where through each T-Shirt sold someone is tangibly helped rather than saying we will give a certain percentage. On3shirt.com is run from our mother company Pill3r.

Now here’s the best part… (and we haven’t launched yet so nobody knows this). Beginning in 3 days, for each T-Shirt purchased two people will receive clean water permanently! Our overall goal through this campaign is to raise enough for 3 wells in Thailand. We were able to lock up this agreement by partnering with Life Campaign. Which leads us to the first point I wanted to make. And this is to always have goals. With each Campaign, make sure to set up your goals. Our goals were and are; to provide clean water for people with each Tee purchased, and to hopefully raise enough overall to build 3 wells. Setting up goals allows you to accomplish more i.e., (setting a target of not just providing water individually, but also wells for communities) and also allows you to share your success and objectives with your fans. The old fashioned model is to always hold your cards tight to your chest and never give away sales numbers, goal numbers etc. But once again, like mentioned earlier with the rise of social media companies are quickly changing. Fans like to be more involved, they want to be allowed “in.” So of course be careful how you do this, but remember that being transparent with those things isn’t always so bad.

The next step is organizing your specific events, parties, fundraisers, newsletters, and social media releases so people know about the new campaign. Of course it’s hard to do all of the above options but every campaign should involve at least one of these. For our upcoming water cause we will be one of the main sponsors at a big upcoming conference called History Maker where a couple thousand kids from all over Canada show up. We have aligned our cause with that of the conference who is also helping Life Campaign. Which leads to the next question of how do you stand out at an event like a conference? How do you compete against all the other booths and businesses trying to get their product out there? Well for us this means once again going outside the ordinary and traditional methods of booths with flyers, handouts etc. First of all we are going a step further by taking our traveling van that is decked out with our company name. This will provide us with two set-ups to where we can be engaging with fans. The two-set up combination also allows us to combine events, as well as direct fans to the other site. Furthermore, it provides us with the opportunity to be hosting outside games and contests which will be a big part of our set up. We are also hoping to have musicians performing at our van set up. This is us finding ways to connect with that particular crowd. Make sure to think of ways to relate to your crowd outside of the traditional methods. What is fun and cool and engaging to a teenager in this example? The businesses that often get ahead are the ones that break out of the old molds. Sometimes the traditional ways still work great, but don’t do them just because that’s what you know and it’s what everyone else is doing.

As mentioned earlier, we talked about the impact of social media in the modern day advertising. At an event such as the one mentioned above this is of paramount importance. Around 90% of the teenagers at the conference will update their social statuses multiple times over the weekend, (And no I have zero concrete evidence to back that up, it’s simply an “educated” guess). This means that we as a company should provide a platform where these fans can see us online. We should provide a way to communicate with them over the weekend. Our goal is to provide contests and games that will involve fans having to connect online in order to win. We hope to provide a one-stop destination online over the weekend where everyone wants to go and check out all the cool stuff. Hint; check out Pill3r and Hashtag #On3shirt.com, and #On3shirt.

The 2013 super bowl is famous for big corporations paying millions to get their ads on TV. Various of these companies took a different advertising approach this year. Some of them had full teams of social media specialists scouring the internet and responding to anyone who mentioned their name anywhere. For example, let’s just say that the company “Mike” (I hope you know whom I actually mean by “Mike,” they might be a shoe company) had a commercial during the super bowl. To go along with that commercial they would have had a team of social media people ready to respond to anyone online that commented on the commercial or brand overall. This is instant response to fans talking about their brand. We hope to emulate this at our upcoming conference. As such, look to create a platform online for fans to go to, and make sure to provide immediate response. Many companies these days create a social media platform because it’s the new big thing. However, they go into it with no plan whatsoever. I must say that we have learned the hard way from that sometimes. Make sure you develop a plan when creating a social media platform. You have two options; either have it and make sure you use it, or simply don’t have it. So many companies create social media platforms and just have them there lingering.

Finally, another initiative that is a little more old fashion is doing a fundraiser. We are doing a special “one-off” edition fundraiser where we have created a special design solely for that weekend. We are hosting a 5v5 soccer tournament with the goal of raising money for an organization that provides farm animals for families in Burma. Even though the cause is different from our current campaign during that time, we are ok doing a special one-off for that weekend. We believe in the cause and like the idea of helping raise money and awareness for families in need. Fundraisers like this are a great way to not only help a great cause and have fun with it, but also create more awareness for your own brand, essentially creating a win-win scenario. Or a win-win-win like Michael from the office likes to say since the families are benefiting as well.

We are excited for our new launch in a couple of days. Hope our ideas help and would love to hear any feedback or if you have any better ideas. Contact us on Facebook or twitter @On3shirt.com. 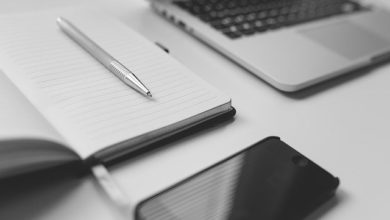 Start These 5 Online Businesses From Scratch 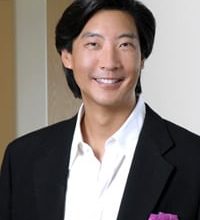 A Missionary of Medicine and a Metaphor for Leadership: The Surgeon-As-Civic-Leader 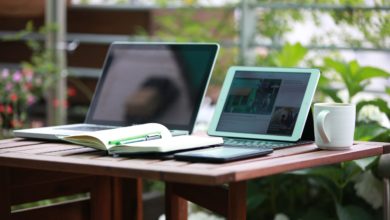 Why The Shift To Working From Home Will Be Permanent 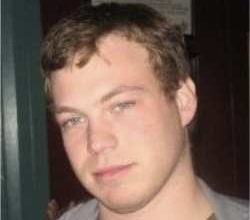