As a CEO and an entrepreneur, I know that humility is both a necessity and a prerequisite for effective leadership. When companies ignore this principle, when they overlook potentially damaging information and dismiss criticism from their own consumers, they – the executives, attorneys, marketers and salespeople who make key decisions for a business – destroy themselves. They eliminate trust between themselves and the public, undermine the integrity of their brand and reinforce the worst images people have of a global corporation, where profits trump people.

In that situation, there is a bunker mentality, a with-us-or-against-us attitude, which transforms communications into a verbal assault (against opponents), strips any sort of conversation into a monologue of self-righteousness and refuses, in this particular instance, to accept the verdict of science.

I refer, specifically, to the breaking news about Johnson & Johnson's (“J&J”) decision to pay $2.2 billion as part of a settlement with the U.S. Justice Department over the marketing of the anti-psychotic drug Risperdal, as well as an agreement by the company to plead guilty to a misdemeanor. This fine is among the largest ever imposed on a corporation, concerning allegations that J&J's Janssen Pharmaceuticals unit improperly marketed Risperdal – which doctors prescribe for schizophrenia, bipolar disorder and behavior issues in autism patients – as a treatment for dementia.

The lesson for other CEOs is simple: Never let the power of your name recognition intoxicate you – and never succumb to the false belief that your company is a license for criminality – because the truth will ultimately reveal the toxicity (in this case, literally) of your techniques.

The case is also a reminder that greed – and the refusal, by individual executives, to avoid its temptations – is the most common enemy of success. Simply stated, greed can be as poisonous as Risperdal, in terms of its impact on a person's decision making. For, when a brand pleads guilty to wrongdoing and endures the wrath of the Attorney General of the United States, one thing is clear: Greed is, despite the final outcome of the case, the victor over conscience.

Indeed, as an executive myself and as the Founder of The Holistic Sanctuary, where I heal patients and permanently end addiction, I pose the following question to J&J and any other company hypnotized by money divorced from morality: Where is your conscience and sense of responsibility, to your shareholders, coworkers, partners, and the vast network of doctors, nurses and patients (especially those with Alzheimer's), who invested their trust – and their savings – in your business?

I ask this question because this settlement is merely the latest in a series of fines – including a $181 million settlement with 36 states about the misuse of Risperdal, as well as a $1.2 billion penalty (from an Arkansas judge) for allegedly downplaying risks caused by this drug – in which J&J repeatedly violated the first rule of business communications: Transparency and honesty.

Also, I choose to focus on J&J for several reasons, all of which have relevance for CEOs and their approach to branding and customer relationships in general. First, since J&J is a household name, it has – through its longevity in the marketplace and aggressive use of advertising – a degree of prestige few companies can match.

That prestige, whether legitimately earned or cleverly manufactured, is now dead. Where people once saw a blue chip stock, revered by investors and consumers, they now see a company felled by admitted acts of criminality and lies. J&J violations of these most basic rules – to be forthright with public, which means virtue (exemplified by professional integrity) transcends vice (and the false allure of greed) – now leaves this brand in tatters.

More importantly, and here I write as someone who has seen the damaging effects of this drug, for which J&J did not (as these settlements reveal) level with patients and consumers: Failure or refusal to inform the public about a product's risks – about the many side effects and possible drug-related deaths caused by Risperdal – is, the law aside, an unconscionable act by a company whose slogan is “The Family Company.” By their own admission, then, The Family Company betrayed millions of families throughout the United States.

All of which is to say, words matter; they form the basis of a company's philosophy, its culture, marketing and communications, and relationship with consumers. Building that trust takes time – it may be the accumulation of decades of outreach and the smart cultivation of contacts, the culmination of an ongoing conversation about service, values and principles – but destroying a brand takes mere seconds.

J&J is a warning to CEOs that, without a corporate conscience, a metaphorical cancer (within a company, in this case, which manufactures cancer drugs) will kill a brand's identity, destroy its moral capital and sever its credibility with the public. So, let honesty be your guardian, clarity your companion and excellence your compass. Upon the other route rests the ruins of companies consumed, and stripped bare, by greed and avarice.

Johnny Tabaie is the Founder and Director of The Holistic Sanctuary, home of the exclusive, all-natural and proprietary Pouyan Method, which enables patients to permanently end a variety of addictions. 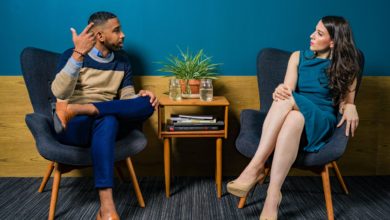 What Are The Most Important Things You Needed When Starting A Business? [ANSWERS] 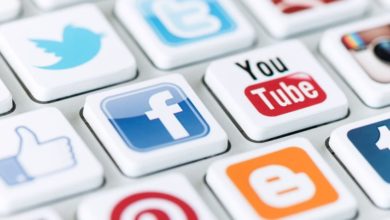 10 Entrepreneurs Explain Their Favorite Social Media Site for Their Businesses 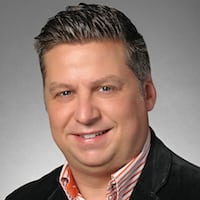 Best FREE Resource According to 12 Entrepreneurs