As a digital marketer with an interest in the transformational power of the Web, its ability to transcend borders, politics (to initiate mass reform), economics, cultures and nationalities, I believe it is fitting that such a world – one of reality, not utopian promises or dreams – should have its own secure, credible and popular brand of currency. I refer, specifically, to bitcoins: A peer-to-peer means of money, which functions without the control or arbitrariness of a central authority.

Is such a currency, therefore, the coin of the realm, so to speak, for anarchy? On the contrary, bitcoins are the ultimate example of the democratization of money. Free of banks or an online equivalent like the Federal Reserve, where fiat money depends entirely on the “Full Faith and Credit Clause” of the U.S. Constitution, mathematical accuracy trumps ideology, partisanship, human error, and the demands of Congress and the White House.

Those variables, for a business owner, investor or citizen, have profound implications on everything from the price of food and fuel to medicine, housing, clothing and education. So, the rise of an alternative currency – one that mirrors the theories of Milton Friedman, the famed Nobel Memorial Prize Winner in Economic Sciences – deserves the attention of CEOs for a number of reasons (see below), provided there is also clarity of communication about the purpose, safety and use of this currency.

Let me address that last point first because I am, as stated earlier, a digital marketer; and, in my role as the Founder of Buzzdron Media, where I advise executives about maximizing their online visibility and successfully engaging with the public in general, I also know that the mathematical accuracy of bitcoins must be intelligible to companies and consumers alike. In other words, if we want this currency to gain acceptance worldwide then we must rely less on equations and abstract theories – those formulas should stay on the blackboard in a classroom – and explain the how and why of this option.

Both of these factors depend on effective marketing, which is a reminder – to CEOs in all manner of industries – of the necessity of being a leader and a great explainer. My role, one I have the privilege to enjoy witnessing during the infancy of this global phenomenon, is to make the how understandable: To give a CEO the means to define this currency, and convey its use as a practical and more accurate substitute for greenbacks, Euros, yen, pesos, rubles or the Chinese Yuan, among other forms of payment.

In such a situation, counsel is critical: A CEO must answer the how with ease and conviction, followed by the why, which should be comprehensive, persuasive and worthy of respect. In formulating that response, and this is where (again) I know how important digital marketing is, an executive needs to get to the very essence of the difference between theory and fact, and the separation between – the necessary wall of division against – politics and truth.

We see the why unfolding before us, where an unruly hybrid of stimulus, austerity and “quantitative easing,” which is just a euphemism for printing money (for how long, and to what extent inflation becomes unavoidable, is a topic of intense debate), cause substantial market volatility and even, in the case of Greece and Spain, rioting and the rise of political extremism. Similar events are on the march in Eastern Europe, where fascist politicians, in their attacks against high unemployment and sluggish growth, target minorities for the consequences of policies made by banks and centralized authorities.

The point a CEO must emphasize, and I write these words from the front lines of this movement, has everything to do with the why, the summation – to businesses and customers around the globe – on behalf of using bitcoins. The alternative, replete with uncertainty and the parsing of every word issued from a central banker, as if traders and executives can divine hidden meanings from the minutes of the Federal Reserve or congressional testimony of the Fed Chairman — the alternative is more of the same, where speculation will almost always triumph against security, and a dollar will never be worth, well, a dollar.

In these two categories, the how and the why, rests the future of e-commerce, the end of  currency manipulation by politicians – I do not fault their reasons, only their results – and the ability to have a single means of trusted payment, which answers to the purity and verifiability of mathematics. For, it is not enough for bitcoins to function in theory; they must – and they do – work in practice.

Like all concepts, from science to economics to astronomy and physics, there must be – in academia or business – a great explainer. Think of Carl Sagan or Richard Feynman, two geniuses within the realms of cosmology and quantum mechanics, who represent the point about being a great explainer: These men were able to take inherently abstract ideas, many of them unobservable (perhaps forever unobservable because of the physical dimensions of the universe and the limits of technology, as there is no spacecraft remotely capable of traveling at the speed of light), and they made these complex, paradoxical laws – written, like bitcoins, in the universal language of mathematics – exciting to millions of people.

In fact, Professor Sagan is such a good example of this principle that he remains – even after his passing – the only scientist of his caliber to have been a guest on The Tonight Show twenty-six times. As for Professor Feynman, his estate continues to posthumously issue copies of his best-selling books and lectures, presented with his customary flair and enthusiasm.

My advice to CEOs, in the spirit of Messrs. Sagan and Feynman, is to popularize bitcoins and explain their necessity. Both of these tasks require effective digital marketing. Remember, too, Sagan and Feyman are revered explainers — backed, to this day, by great marketers. For, it is one thing to speak the truth; it is an entirely different matter for people to hear the truth. The first is the result of study or calculation, while the second is the product of smart marketing.

Let us welcome the bitcoin revolution. But let us do so with an accessible and convincing message. From there, everything else is possible.

Hayden Gill is the Founder of Buzzdron Media, an innovative digital marketing and design agency. An expert concerning the use of bitcoins for online transactions and ecommerce, Hayden can be reached at [email protected].

How Entrepreneurs and Business Owners Use Their Phone for Business 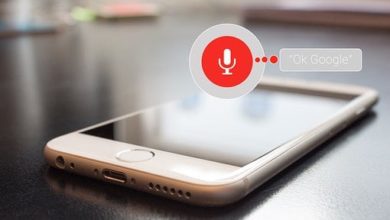 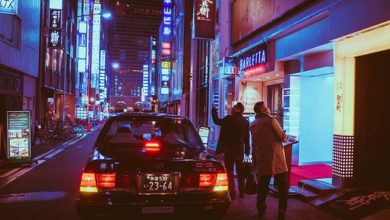 Ads’ Competition: 8 Tips From The Leaders Of Marketing 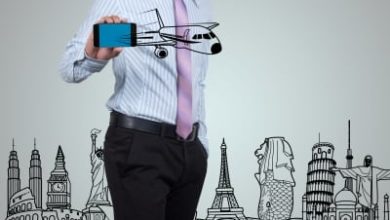 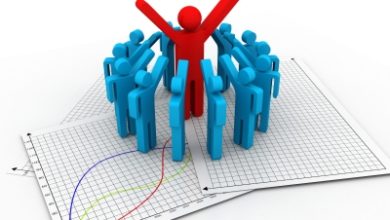