NEW YORK, NY – February 14, 2014 – The Lawrence N. Field Center for Entrepreneurship at Baruch College and the  Zahn Center for Entrepreneurship at the City College of New York (CCNY) held the first annual Idea Brewery Hackathon on February 7.  A total of 28 students from both colleges signed up to participate in the one-day competition, where they generated  innovative product ideas that will make life better through the use of a mobile app, website, augmented reality or 3D printing.

Eight teams presented their ideas to a panel of judges for the chance to win $1,000. The winner was Team 5, who developed the app “Then and Now.” The team consisted of Crae Sosa, a chemical engineering undergrad from CCNY, Arthur Jutz, a biomedical engineering graduate student from CCNY, and Esther Lykes, an Entrepreneurship undergrad from Baruch College. The app focused on augmented reality and would appeal to tourists and history buffs.

Haytham Elhawary, Executive Director of the Zahn Center for Entrepreneurship at the City College of New York, said: “City College is known as an engineering school, not a business school. Students at Baruch’s Field Center are business students. We thought it made perfect sense to bring these groups together. The hope is that [through participation in the Idea Brewery Hackathon] these students will get excited about entrepreneurship and continue to develop their idea. They are also encouraged to go on to participate in the SmartPitch Challenge.”

As noted by Monica Dean, Administrative Director of the Field Center for Entrepreneurship, “Over the course of nine hours, 11 women and 17 men participated in an exercise that enabled them to generate new business ideas. Many of the students only met their teammates 15 minutes before the start of the competition. I was amazed that they were able to come up with complex and innovative ideas over the course of just a few hours.”

Students were given a list of web and technology resources and executives from The Rise Group, a professional training and coaching company, presented workshops throughout the day to assist the teams with idea generation, narrowing down their options, and presenting their pitch. Mentors, including both Baruch and CCNY faculty and Small Business Development staff members with expertise in 3D printing/business, finance, mobile/web, marketing, tech & augmented realty, were also on hand to help students.

Camille Santistevan, Education & Outreach Manager for the Center for Advanced Technology at CCNY mentored students throughout the day. She said, “I could see that the students were getting too much into the mechanics of their idea – how it would actually work. But today’s event is all about selling an idea.”

The competition required the teams to present a four-minute pitch that addressed: the need/problem in the consumer market, how their idea would make life better, their target market, and how they would launch and scale their idea.

“The reason Team 5 won is because they presented an emotional plea that was also logically easy to understand,” said one judge, Ray Garcia, Entrepreneur-in-Residence at the Field Center for Entrepreneurship, who is also a graduate of the School of Engineering at CCNY.

Other teams presented ideas that included a product that would reduce water waste in showers and a website based on community networking that would allow for resource sharing in poor communities.

Garcia, along with fellow judges Dr. Joseph Barba, former Dean of the Grove School of Engineering at CCNY, and Edward Rogoff, The Lawrence N. Field Professor of Entrepreneurship and the Chair of the Department of Management at Baruch College, scored the teams based on 1) The novelty and innovativeness of the idea 2) The impact/potential to address the problem on a large scale 3) The Pitch – the ability to clearly articulate the idea 4) The cohesiveness of the team and 5) The compelling use of research (primary and/or secondary).

Baruch College is a senior college in the City University of New York (CUNY) with a total enrollment of more than 17,000 students, who represent 160 countries and speak more than 100 languages. Ranked among the top 15% of U.S. colleges and the No. 5 public regional university, Baruch College is regularly recognized as among the most ethnically diverse colleges in the country. As a public institution with a tradition of academic excellence, Baruch College offers accessibility and opportunity for students from every corner of New York City and from around the world. For more about Baruch College, go to http://www.baruch.cuny.edu/.

CEO Hiring Concerns: Shortage of talent among college graduates coming out into the workforce

My Choice Not to be a Shark

What Are The Most Important Things You Needed When Starting A Business? [ANSWERS] 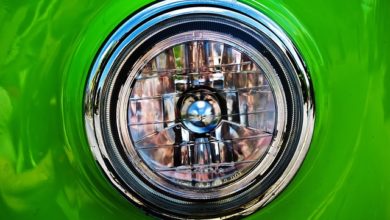 Visibility is the Name of the Game 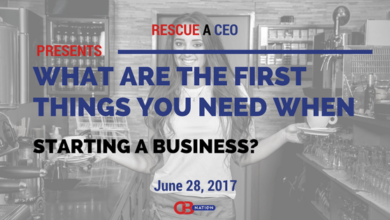