Maybe it is not the battle of ages, but it sure comes really close to it – the decision of whether to have a mobile-friendly website, a mobile web app or a native application can be a hassle to say the least. Making list of pros and cons, researching everything there is to know about them, asking left and right and looking over study cases makes you wish there were somebody else to guide you.

The best premise to start with is that none of the above excludes the other. If anything, they complement each other, helping you have a mobile identity to suite each and every reader and subscriber you have.

Being a publisher in this time and age means you get the most of the two worlds – you can address yourself to paperback enthusiasts and also to tech people, who will love to read your content, especially the premium one, on their mobile devices. Let us have a look at what is what in the mobile area and try to see which choice suits you and your readers better.

It goes without saying that you should have a mobile friendly website, where your subscribers should read your content. In 2014, this should be taught in Business 101! Imagine that someone shared an article you wrote and a friend of his is interested. The second one opens the link and tries to read the article but he has to zoom in and out and rotate the devices to that he sees better and close the pop-ups and ads. Pretty soon, if not in the first 10 seconds, he will close the web page and he will not return on your website. Why? Because you had the chance to attract him and you failed.

It is not about the content anymore – fans care about the packaging as well. I know it’s not new but it’s amazing how often this idea in left behind and forgotten. I mean, it’s normal to care a great deal about the content that you give out, but you should also pay attention to whom it reaches and on what devices as well. With the extensive growth of mobile devices (56% of all people on earth own a smart phone[i]) and the time spent on them (50% of mobile phone users, use mobile as their primary Internet source[ii]), your message is bound to be read over smartphones or tablets at some point. And this has to be said, if you don’t even try to serve them mobile content, the relationship you try so hard to have with your followers will get off on the wrong foot.

After explaining the Why, let’s get to the How. How can you get a mobile friendly version of your website? If you are a blogger or a publishing company using CMSs like WordPress, Joomla, Magento, BlogSpot, there are countless plugins and extensions that can help you have a mobile presence cost free (WPTouch, Duda, Mobile Joomla, or Magento JQuery Mobile).

All in all, having a mobile version of your website isn’t even a debate – it should be well integrated in your marketing strategy, it should be part of your brand identity because it clearly says “I am aware of the technological progress around me and I want to be able to reach each and every one of my readers.”

Having a native app custom made for your magazine/blog/brand is the highest you can achieve right now in the mobile area. Many company owners think that having a native app for their business is going to transform their small-medium revenues into monstrous ones and that it will forever change the way customers behold them. However, that is not entirely true. Without actually listening to your audience and meeting your readers’ needs, after finishing developing a native app, you will have found yourself finished building a rocket, when all the reader wanted was a bike. Let’s see what a mobile application is and how should it serve you.

First of all, a mobile application (native app) is an application that has been developed for use on a particular platform or device. Because native apps are written for a specific platform, they can interact with and take advantage of operating system features and other software that is typically installed on that platform[iii].This means that it can access your camera phone, your phone’s GPS or your email account.

Normally, after reading this you should ask yourself: Do I need a cross-platform mobile presence or do I want to be visible on just one platform? Are my readers primarily iOS or Android or Windows users? Do I want to gain use of my reader’s camera or GPS? Are they of any use for me? Do I need them in order to write better content, or can I live (and continue writing) without them? Also, keep in mind that after creating the app, the only distribution channel will the operating system’s virtual marketplace, so you should start planning a strategy to bring your app up front, amongst the thousands of apps submitted and approved daily (there are over 850 submissions per day on Apple Store alone![iv]). Are you willing to invest that much?

Let’s take a look at a great use of a native app: the Nike+ Running app is made to track the user’s distance using the phone’s GPS. Because the app uses the GPS feature, it also shows the user a map of their run immediately after finishing running and they can also share their runs on Facebook, Twitter or Pinterest at any point after the run.

Why did Nike develop this app? Because they probably did a survey that stated that over 50% of their customers use mobile phones while running, that they ran (doh!) and that they want to share their performances with friends and acquaintances. Naturally, a GPS based native app was the best way to go. And the stats are amazing: between 5-10 million downloads and installs on Android alone, over 12 million achievements earned inside the app and over 1 million miles ran and tracked worldwide.

If you are a magazine that is publishing articles on farming, do you think your audience is interested in a native application that helps them count the sheep they own?

Mobile web apps may very well be the best thing that has happened to the mobile environment lately. And this is mainly because they combine some of the best features of both mobile instances depicted above.

First of all they are very native app-looking (so much so that if you don’t know how it’s accessed, you can bet your right arm it is a native one) and they can be found over the World Wide Web, which means that the distribution model is 10 times more effective compared to their native counterparts. Secondly, you develop (and pay for) only one cross-platform app. It reduces both the financial and the time investments, while looking and acting the same as a native app. And speaking of financials, since there’s no App Stores involved, when selling content on your mobile web application, you get to keep the 30% for yourself.

Maybe the only big downside is that lack of push notifications (which could help you announce the latest article to your audience), but you can overcome this feature with a well working newsletter module integrated within the app. Plus, there’s actually work in progress for a Push API on HTML5.

One of the most popular mobile web applications out there is the one from Financial Times, launched in 2011. The act of bypassing Apple’s Itunes through use of HTML5 technology aroused the entire publishing industry and it was seen as bold move. Just 10 months after its release, FT hit 2M users on their mobile web application proving that it is possible to succeed outside App Stores.   They were followed by Amazon with their Kindle Cloud Reader, NY Times and even smaller publishers such as Journalism.co.uk or Thenextwomen.com.

This guest post is courtesy of Ciprian Borodescu. He is the CEO of Appticles.com, a startup that helps small and medium publishers to better reach and target their mobile audience by packaging their existing content into cross-platform mobile web applications (HTML5). A tech-biz in between guy, he's been an entrepreneur for about 10 years and recently got covered in “30 under 30” edition of Forbes in Romania. He usually writes on cborodescu.com about his entrepreneurial journey and tweets from @cborodescu about startup related things. 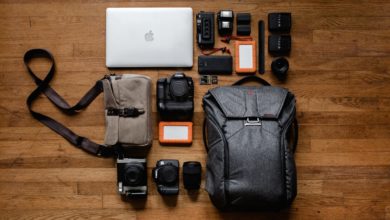 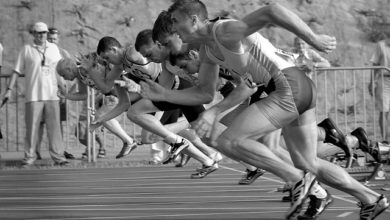 Embracing a Competitors Mindset to Grow Your Business 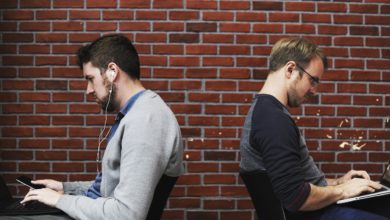 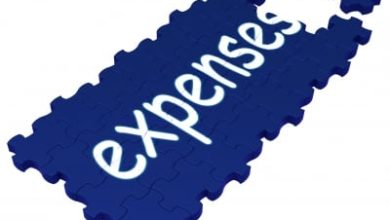