With a notable exception, marketing seems to be a study in contrasts, a choice between boring and unforgettable campaigns and physically dangerous stunts. Neither is effective, about which I will soon explain, but the latter is an example of the lengths companies will sacrifice themselves (or their proxies) for a few minutes of news coverage, in the hope that their latest bit of daring will “go viral.”

Thus, we have an Austrian skydiver in a pressure suit, packed into a helium balloon, leaping from the stratosphere (126,720 feet above the earth) and breaking the sound barrier by hitting a maximum speed of 843.6 miles per hour; descending like a proto-astronaut from a doomed space flight, except, in lieu of a NASA insignia on the front of his suit and the American flag on his left shoulder, our hero has the Red Bull® logo emblazoned across his helmet, chest, arms and thighs – an ad for an energy drink, which consistently receives bad reviews for its taste and attacks from doctors about its safety!

I have, with all due humility, a better way to motivate fans of Red Bull® (or any other product) and to increase sales. Put aside elaborate schemes, and just give people cash. Rather, guarantee consumers the ability to find free money, thanks to the convenience of using a smartphone, at a mere fraction of the cost of staging an outrageous gimmick.

Consider this alternative – the use of innovative technology and “geo-hunting,” the search for digital dollars at a designated spot – as a superior form of customer engagement, which provides companies with real-time intelligence about the number of people actively looking for this material and enables businesses to spread this message – to have consumers do this themselves – via social media.

Bear in mind, too, that I seek to reveal the differences between clever marketing and successful marketing. One is a matter of temporary exposure, a blink-and-you-will-miss-it moment of business ephemera, while the other works . . . repeatedly.

As the Founder of The SpareCash application for Android and iOS, I make this assertion based on facts and professional experience, not conjecture or as an attempt at self-promotion.

For, I realize that the single most effective way to incentivize consumers is not through TV or print advertising; no marketing plan – no matter how generously funded and carefully studied – can convert men and women into automatons, other-directed, remote-controlled buyers of stuff.

Or: We can broadcast slogans and promises aplenty, but, if we want to achieve action (as opposed to “buzz,” which is just another form of noise), then we should focus on the power of simplicity. And nothing is simpler to understand – nothing is easier to use – than cash.

Success in Simplicity: Marketing as a Measurable Fact

This emphasis on simplicity belies conventional thinking about marketing and promotions for, well, a simple reason: We live in a world overwhelmed by credentialism, where the acceptance of an idea is an inversion of the late physicist Richard Feynman's rule about testing an experiment, in which doctorates, graphs and charts serve to intimidate people, not enlighten them.

We live in a world, which proves Feynman's warning (which you can view here) about the dangers of pseudoscience.

His statement should be impressed upon every marketing textbook, and recited by every business school student.

Feynman's point, which I second, is that we risk fooling ourselves – we want certain things to be true, despite all evidence to the contrary – and we delude ourselves into thinking our theories (in this case, our ideas about marketing) are right.

My recommendation, to executives and marketers alike, is to embrace the power of a known force (cash) for a known outcome (customer engagement). Everything else is spectacle, a product of focus groups and brainstorming sessions; the inundation of logos, mascots, slogans, songs, jingles and catch-phrases. In so many words: More noise, and no signal.

We have machines to monitor these things, dials and needles to gauge involuntary responses – and graphics and numbers to certify our false experiments – but, while these activities may tell us a lot about “brand awareness,” they do not address the one question every business wants to know: Does my marketing even work?

Answering that query does not require complex programs and mathematical modeling. It begins and ends with simplicity. It is the triumph of common sense, by way of dollars and cents.

Dale Scott Marion is an entrepreneur, and the recipient of various design and technology development awards. His latest venture, SpareCash, introduces new forms of marketing and advertising for a diverse array of businesses, from startups to Fortune 500 corporations worldwide. 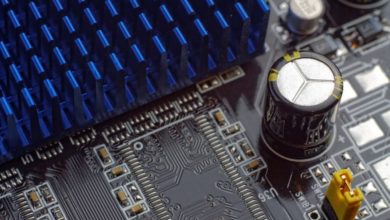 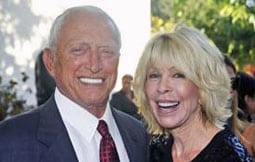 Legacy and Leadership: Answers to Professional and Organizational Success 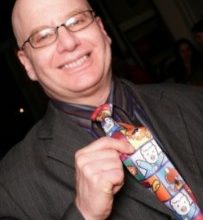 5 Qualities of a Powerful Logo 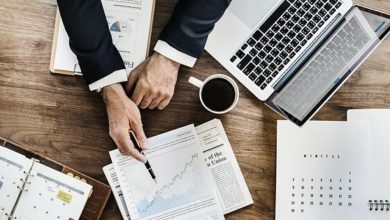 Why is Investor Targeting Important in Your Investor Relations Role?