The history of the computer industry is a story of the tension between hardware and software, which is also a metaphor for how businesses succeed or fail across a multitude of categories.

For, while hardware is important (we should never dismiss the technical advances it contains), it will not win acceptance unless there is enough software – good programs and applications – that make a device worth buying.

Design and artistry – including a constellation of gloriously bright colors, shining beneath a 5.59 millimeter veneer of glass and a surrounding enclosure of seamlessly fused aluminum – these things may earn critical acclaim, but commercial praise (measured in sales) will only happen if a product furthers choice and personal empowerment.

Everything else is a debate among tastemakers and brand loyalists, who will subordinate practicality to perfection, giving the world the equivalent of a custom crafted automobile . . . with no engine.

The hand-stitched leather seats with their sumptuous shapes, and the polished wood trim with its curlicues of black brushstrokes, along with the strategically placed clock whose secondhand sweeps around in revolutions of silence – all of this is immaterial if the car will not start, can never run, and shall remain an object for design purists and museumgoers.

The point to this hardware versus software debate is that products must have a purpose (or many such purposes), so consumers will buy and use these things.

I know of what I write because, as the Founder and CEO of Choose.TV, which allows people to watch television programming from a global assortment of news, music and entertainment stations, my focus involves making devices increasingly relevant in a world of ‘planned obsolescence.'

The overarching theme to this discussion is, therefore, one of software, which signifies freedom and choice; it is the channel, so to speak, by which hardware is a gateway to or an enabler of each person's ability to gather and exchange information, and transcend borders and time zones.

Put a different way, a smartphone or tablet is a compact wonder of microcircuits, electronic engineering, and the simultaneous receipt and transmission of data (separated into packets of email, web browsing, calls and file transfers). But these things are not enough when the technology exists, and the industry pioneers can provide, more of everything.

In that respect, a mobile device that cannot serve as a personalized TV – even though the chance to do so is available now – is a failure of hardware just as much as it is a triumph of software. Victory belongs to the products that can support this demand for choice, a fact that governs consumer behavior worldwide.

Build Your Hardware to Accept the Latest Software: Make Flexibility a Business Priority

As a business matter, software is a euphemism for the flexibility customers expect and the ease-of-use they demand. To wit, the question arises: How does an executive classify something as software?

How does one delineate between products and services that have a specific purpose and a certified outcome? What, in the end, is the difference between the two?

Such queries are more than academic; they influence the way companies lead, and how consumers respond to this divide between hardware and software.

For example: A restaurant is a combination of both forces, where the ‘hardware' is the establishment itself, which can range from a few chairs and assorted tables– a roadside attraction amidst ribbons of highway, with an inferior mirage in the distance – to an architectural processional of travertine corridors and a tapestry by Picasso, which are a vast tribute to modernism. But the ‘software' is, simplicity or pomp and circumstance to the contrary, the food.

If the meals do not impress, if the experience is not a culinary celebration of classic American comfort food or a sensory delight of continental cuisine, then the enterprise fails. Atmospherics can only go so far, and even the best service cannot make a mediocre entrée a marvel to behold.

The rule is the same with technology: Choice must be the guiding principle, infused throughout by quality, so users can maximize the advantages of hardware (smartphones and tablets) and revel in the rewards (a worldwide ‘menu,' as an homage to the previously described scenario) of information and entertainment.

This union is a milestone for change, a transformational period for the medium and the message; it marks the rebirth of television, and the rise of an international audience of interactive viewers. The hardware is here, and the software is ready.

The revolution will, indeed, be televised – within the palm of your hand. 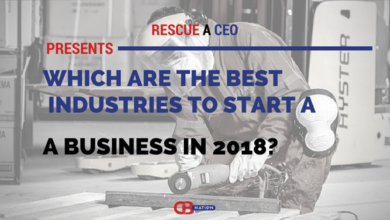 14 Entrepreneurs Explain Best Industries To Start a Business in 2018 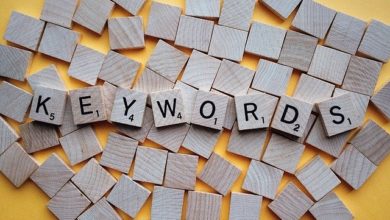 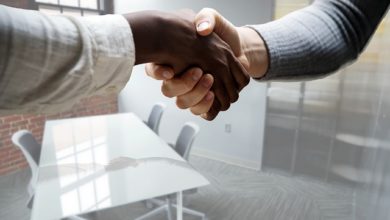 Why CEO’s Should Take Charge of the Talent Acquisition Process 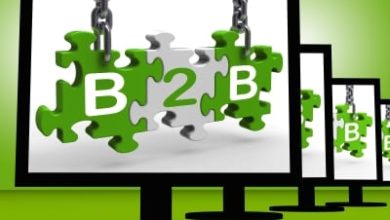 How CRO Testing Can Shape Your B2B Brand