Perhaps you have heard the apocryphal, Three Envelops story. There are a number of variations, but it goes something like this: A new CEO takes over at a company. Once settled in his new office, he opens a desk drawer and finds three envelopes. They are numbered 1 through 3, with a note with instructions to only open the envelopes when there is a crisis.

After his honeymoon period with the company, people start blaming him for the company’s poor performance. He remembers the envelopes and opens the first one. It tells him to blame it on the previous CEO. He does, and the pressure is less for a while. A few months later, the company is facing hard times and he opens the second envelope, which simply says, “Reorganize”. He does, and things get much better for a while. Some time later, things have gone south again. He rips open the third and final envelope, which says “Prepare three envelopes.”

While it is easy to dismiss this as a joke, it certainly has the ring of truth about it. No CEO should have to take the blame for her predecessor’s blunders. It seems only fair to throw the last person under the bus. This happens all the time in subtle ways. It is also the case that when a company is at its darkest hour, there is always a major reorg to save the day.

Reorgs work because they make everything feel fresh and new. But often they are nothing more than rearranging the deck chairs on the Titanic. These old tricks are a part of every CEO’s toolkit. But to be a truly effective CEO, there are a few more things you have to be prepared to do before preparing those three envelopes:

There are times when the relationship between a corporation and the city in which it is headquartered becomes toxic. It could happen after a major round of layoffs, or after a company has fallen on hard times and can no longer afford its old digs. Sometimes and company’s reputation might just take the kind of beating that tarnishes the city. It can be a very difficult decision if your company and the city have become synonymous over the years. It may even cost the company a lot of pride points. It will be especially difficult since such a move will no doubt mean the loss of many local jobs.

But this is exactly what Sealed Air Corp. has announced just days ago. It will be the biggest corporate relocation in Charlotte history. Their move from NJ is going to leave a lot of people unemployed. It is a massive company with 25,000 employees in 175 countries. Needless to say, this is a logistical nightmare. They will need more than a logistics department. They are going to need a dedicated logistics company that specializes in corporate relocations services. The Sealed Air Corp. CEO just made a big time CEO move that has the potential to establish him as a hero, or condemn him as a villain. Either way, it was a major CEO decision.

This is always present in the CEO toolkit. However, it is generally only used when things are in a state of crisis. No one blamed Blackberry when they did a few rounds of massive layoffs last year. They had no choice. They were selling off company assets including the jets. Shedding a few thousand jobs may have come a little late for them. But Microsoft’s Satya Nadella, just initiated the biggest round of layoffs in Microsoft's history, and the fourth biggest in tech history, topped by IBM in 1993, and HP on two separate occasions since the turn of the century.

Many will dismiss most of the layoffs as casualties of the Nokia purchase, which was reportedly, unpopular with the new CEO. One might even say that it is a subtle way of rebuffing his predecessor. But even without the Nokia layoffs, it would still be the biggest layoff in Microsoft history. This is happening at a time when Microsoft is still enjoying stable and increasing quarterly profits. Financially, Microsoft is not in trouble in any sense of the word. Yet Nadella wants to turn the ship long before they are in range of the iceberg. It is an unusual and bold move that will get him into the CEO hall of fame regardless of his future effectiveness.

Before his return to the beleaguered company, Apple had a dizzying array of similar products barely distinguishable from one another. They also had a licensing program that allowed other OEMs to build their computers. Even worse, their aging OS code was peeling at the seams. Steve Jobs stepped in and used the big eraser on the company. Out went the licensing program and the clones. Out went the dozens of SKUs. The company became refocused with new products and a new attitude practically overnight, and they have never looked back.

Cannibalize  Your Own Products

Apple gets another mention on this list, this time with CEO Tim Cook. Steve Jobs may have started the mantra, but Tim Cook is carrying it out with brutal disregard to high-value product lines. While Jobs was notoriously against the small tablet form-factor, Cook gave it the green light despite knowing it would cut into the more profitable sales of the full-sized iPad. He seems to be preparing to do it again by introducing a larger iPhone that will further cut into iPad sales. Apple is committed to the idea that it is better to make your own product obsolete than to let your competition do it for you. That’s big league CEO-ing.

Often, companies treat their products like their children. They just can’t let them go no matter how much damage they are doing to the company’s bottom line. It takes a real CEO to cut the life support on a product they believed in and championed. Two companies have done this within the past few years. The first was Microsoft with their ill-fated Kin phone. It stayed on the market for a mere 42 days. They didn’t get the deal they wanted with the carriers and saw that it was not going to make it in the marketplace. This is after they sunk about $2B in marketing. That was bold, embarrassing, but bold, and the right thing to do.

HP did something similar with their purchase of WebOS. For a brief period, they decided that they would rather be Apple than IBM. So they bought what was left of Palm and started making smartphones and tablets that were marketed against the iPhone and iPad. WebOS was supposed to be the key to this success. It wasn’t. After about a year, much hype, and one failed product after another, the CEO killed the entire project in one quick announcement.

All of the mentioned companies are still going strong with some at the top of their game. None of these companies would still be here if their CEOs were not able to make the big decisions. These are the decisions you might have to consider. Otherwise, you might want to send out for some envelopes.

Explaining The Different Chapters Of Bankruptcy

The Power of Simplicity for Business Success and Customer Clarity 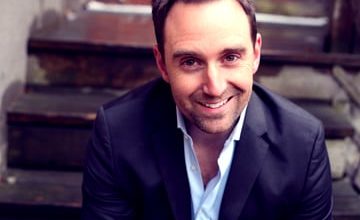 Face Fear and Make Your Business Dream a Reality 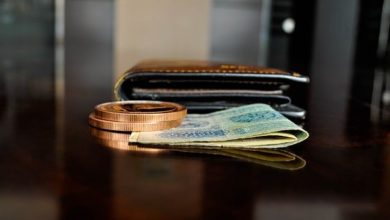 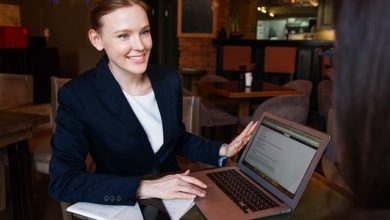