I have a personal maxim about business: That it takes a great deal of hard work and patience to build a brand, but it only takes a matter of seconds to destroy one.

That rule also applies to politics and other civic institutions, where the physical pillars of dignity – the Corinthian, Doric and Ionic columns and marble entablature of our secular temples of governance, from the U.S. Supreme Court and the White House to the Capitol and our bicameral legislature – have so many cracks and fissures because of the accumulated weight of so much cynicism and corruption.

No spackling knife or paste can plaster over these fractures, as if the damage to the integrity of our public buildings is a mere cosmetic assignment. This breach of trust, where conspiracy theories and innuendo invade these rifts like the most poisonous form of ivy, decorative in appearance but lethal to the health of the republic, can only be undone by actions.

Readers, take note: Some of our most sacred monuments of self-rule are vulnerable to attack, and many of our most revered companies are but a step removed from controversy and attack.

One individual who understands the gravity of this situation is Eric Dezenhall, author, crisis communications expert, former White House aide and Founder of Dezenhall Resources.

His insight is so accurate, I believe, because he has a romantic's view about a life lived in full. Eric's many novels about his beloved New Jersey encapsulate that perspective, enriched by the dialect of the bridge-and-tunnel crowd, a people separated from Manhattan by the red-brown currents of the Hudson River; while other pages echo with the patois of Atlantic City politicians and mobsters, as narrated by the accentless voice of an idealistic hometown kid with a Dartmouth diploma.

The recurring theme of those novels, which overlaps with the real world issues of today, is straightforward: The abandonment of honor is the pathway to disaster.

No press release will erase our collective memory of such misdeeds. There is no shortcut on the long road to recovery, period.

Eric's latest book, Glass Jaw: A Manifesto for Defending Fragile Reputations in an Age of Instant Scandal, is a declaration on behalf of that belief and a proclamation for executives to come gather, a summons to listen before they attempt to “lead.”

The Tough Exercise of Acknowledging the Reality of a Scandal: The Way Forward

Perhaps the best part of Glass Jaw, which is the reason why every executive should buy and read it, involves its steadfast assertion that big problems do not have – they will never contain – quick fixes.

For example: Partisans and independents alike cling to the mistaken impression that, 40 years after the presidential resignation of Richard Nixon and his final, outstretched and surreal victory sign atop the steps to Marine One, the entire affair could have been avoided with a three-word statement of contrition, “I screwed up.”

Eric debunks this so-called Nixon Fallacy, which is separate from the Fallacy of the Public Apology (more about anon), with the precision of a surgeon, the forensic mind of a prosecutor and a reporter's smell for blood.

This misplaced faith in the efficacy of public apologies is part of a broad misconception that a carefully crafted statement, delivered with an actor's sense of contrition and a general's implacable resolve for excellence, will erase any misgivings by one's opponents or enemies. In a word: Nonsense.

Critics decipher each well-timed pause, the calibrated turning of pages, which are nothing more than a prop, as the speaker reads his or her actual remarks off a teleprompter, followed by a plea for understanding and forgiveness; the entire Nixonian display, choreographed by various handlers and lit by TV producers, is a farce; it convinces no one, and can alienate everyone.

Now, accelerate the velocity of that scent for blood with the power of global technology and worldwide communications.

We are all, as executives or entrepreneurs, two clicks from the ruination of our careers, our products and services, and the goodwill of those we serve . . . unless we know how to prevent these errors in the first place.

Glass Jaw is a primer about professional protocol and common sense, as well as a tactical resource for those of us in the arena, so to speak.

If we remember nothing else – if, after assiduously constructing an edifice in tribute to our public values and personal virtues, we can recall but one admonition – let it be that we are the authors of our own success or failure; that we should be plenty sure that the testament we carve is not our own tombstone.

Michael D. Shaw is a columnist, biochemist and protégée of the late Willard Libby, the 1960 winner of the Nobel Prize in Chemistry. He writes about a variety of subjects including wellness, health care, and business leadership.

The Mobile Executive: Active and Secure

The Clothes of a Legacy: The Perpetuation of a Man's Ideals and an Organization's Mission 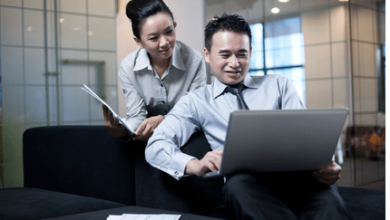 Benefits and Drawbacks to Going Into Business with Your Spouse

The Business Challenge Between ‘Hardware’ and ‘Software’: A Metaphor for Success 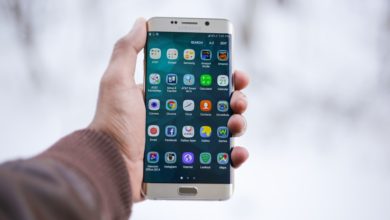 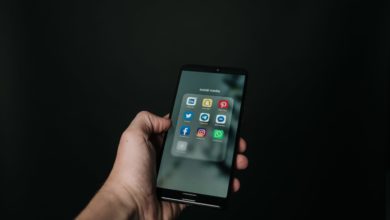