Entrepreneurs are problem solvers. Arguably, that’s why they started their company. They saw a problem, looked for a fix, and, when none was found, they said: “Somebody ought to do that”.

I strongly believe that every person’s strongest trait is also their greatest weakness. In the case of the entrepreneur, that same problem-solving spirit can be the cause of their doom.

The urge, tendency, and the great satisfaction of solving problems is what lures entrepreneurs into rolling up their sleeves to have a go at it. Yet, since there are only so many hours in a day, and only so many tasks can be taken on at the same time, entrepreneurs and small businesses have their closets filled with unfinished business.

The solution seems easy and at hand. If you want to quit smoking, don’t smoke. If you don’t want to micromanage, delegate.  These approaches are very effective, but for most, habits are hard to break. Trying, as opposed to accomplishing, becomes a recurring event.

In order to break old habits, thought processes and methodologies need to be changed. In addition, techniques need to be put in place to implement those methodologies painlessly. Once you create a model and implement it throughout your company, you will see that issues practically solve themselves.

At InfoStreet, we had to create a model that fosters delegation. Our thought process brought us to: “If it is hard for you to delegate and let others solve the problem, implement a methodology that does not put you at that decision crossing point.”

We created a concept called a “Lattice Structure”. Unlike a pyramid management structure, where all the decisions come from the top, in our lattice structure, the person closest to the problem is assigned the task.

People closest to the problem know best how to solve them, however, just because you delegated to them, it does not mean that they are to be left all alone. By the nature of the lattice structure, our entire team lines up in support of the delegation point, even though they are not involved in the day-to-day management of the process.  As in a lattice, every point is independent, yet each is connected, supports, and is supported by the entire structure. Look at a perfectly engineered truss bridge and see what great of a load it can bear.

If you intend for your small business to not stay small, then delegation is your best friend. Find the resource that is closest to the problem and ask them to solve it.  You’ll still get the satisfaction, the same way a coach does from a win, even though he/she did not play.

Most importantly, work gets done, companies can grow, and the created scalability will make room for the next expert to be hired.

Siamak Farah is the founder and CEO of InfoStreet, a leading provider of Cloud-based solutions. Prior to founding InfoStreet in 1994, Siamak worked at NeXT Computer, side-by-side with industry visionaries. Before joining NeXT, Siamak was the Chief Operating Officer of Microstat Development Corporation, and Siamak’s career began at Vertigo Systems International. InfoStreet is widely regarded as a Cloud App pioneer, InfoStreet began shaping a vision, a team, and technology as early as 1994; transforming the way business is done.

Technology as a Way Forward to Sustainable Business Growth 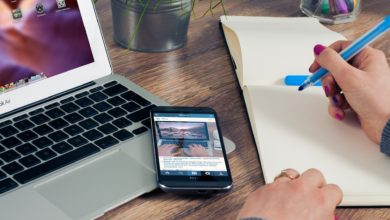 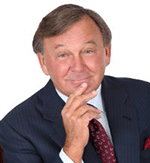 The Last Thing You Want is a Satisfied Customer 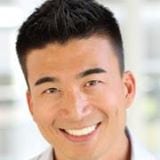 Creating a Culture of Success: Incentives and Teamwork 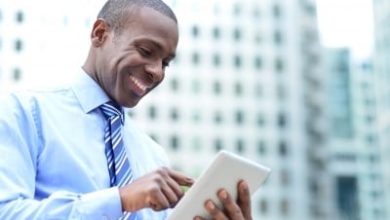 The Benefits of Marketing Automation: Why Small Businesses Should Invest in One