“Did you see those crazy guys up there at the peak?” the hikers asked us as we made our way down the switchbacks to the green forest trails. The friendly tourists from Europe pointed up to the tiny, precarious outcrop of rock about a mile above, resting atop sheer cliffs, smack dab in the Canadian Rockies, that no reasonable person would ever want to attempt to climb.

They showed us the image of two people up there, stretching out in a spot where it might have been smarter to stay down and hug that tiny wedge of ground for dear life.

“Actually, do you mind sharing that photo?” I asked with a grin, nodding at my climbing buddy next to me. “Because that was us.”

Almost every day, lessons from living in the great outdoors inform what I do as a CEO for a rising tech company. Here are a few that have helped us get from peak to peak.

In climbing, also, that sense of personal responsibility and accountability is literally a life-or-death thing. If you haven’t done the prep work, don’t have the equipment, haven’t learned how to place your gear and crystal-clear communication — you’re putting yourself and your fellow climbers at risk.

I actually picked this thinking up before I ever climbed my first mountain, working at an off-the-grid nature lodge in a national park.

We had our own power, food, septic system, etc. We had to build and maintain pretty much everything ourselves, to provide guests with an oasis of civilization in the middle of a wilderness.

Early on, I mostly just wanted to be the manager everybody liked. The big thing I wanted to watch out for: “Is everyone working for me having a good time?” So I’d help my people out wherever it was needed.

As I returned year after year, I changed my approach. I got more used to letting people learn on their own from what worked (and what didn’t). I was there to manage, not do their jobs.

That cohort of people who I gave real responsibility to? Those are the people who I still hear from on Facebook or in an email with something like “That was the best summer of my life. I learned so much!”

So that’s the approach I take as we’re growing out our team, first by one’s and two’s — and now, as our user base has grown by hundreds of thousands, by the dozen. Every one of them is accountable, not just to me or their immediate supervisor, or whatever KPI makes sense for their job. They’re accountable to themselves.

Don’t stand still for too long, but recognize your accomplishments

I thought back to what it was like at the peak of the Grand Sentinel. How nice it was to just, for a moment, take a measure of how far we’d come (about 8,500 feet, that time, over sheer walls of rock where we had to create our own path by placing our gear). The view was spectacular. It felt good.

Of course, we couldn’t stay there. We’d gotten up at 2 am to make sure we had plenty of time to get back down. So, after a full day’s effort on the Grand Sentinel, yours truly, from the pancake-flat hometown of Winnipeg, we rappelled down. You’ve got to keep moving and prepare for that next peak.

I thought back to that once our company hit a key metric: a million videos created by users from over 150 countries. We actually noticed it 2 days after we reached it, as I was drilling into our user data that week. Nice, but on to the next thing, right?

Yes and no. It’s good to always be striving. But at the same time, in those relatively early days of working with a tech startup, where everyone is doing many things and there’s always a ton of work that needs to be done — it pays to recognize how far you’ve come.

So we took a bit of extra time in our team huddle that day. The founders said some words. We popped some soft drinks (and maybe some beers). We had a little celebration. And the people who had gone above and beyond to help make this magic moment happen? They knew, because we named them. People don’t just stay in their jobs because of the money. That helps. Real loyalty comes from when you appreciate them.

The whole team should always be preparing for the next peak

There’s so much else I’ve learned from climbing that applies to helping lead a tech company.
But it’s also about mindset.

As an adventurer, you’re not just thinking about the next crest. It’s about the next mountain. The next peak. Just knowing that there’s some overarching challenge out there for you — that will keep you inspired. This applies to the whole team, not just the leaders of the company.

You’re always prepping. Always learning. Always gearing up physically and mentally to take on the mountain you know is just over the edge.

Ross is the Co-founder and CEO at the video gift startup VidDay, bringing in over 1 million uploads from over 150 countries. Before this, Ross helped scale SkipTheDishes from a small start-up to a team of over 2500 employees. Ross thrives off of solving complex challenges, and the chaos and excitement that comes with building a startup and bringing a team together.
Tags
motivation mountain climbing 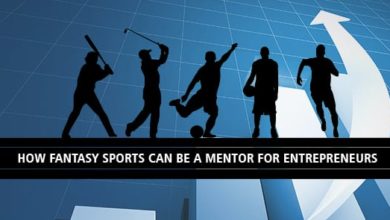 How Fantasy Sports Can Be a Mentor for Entrepreneurs 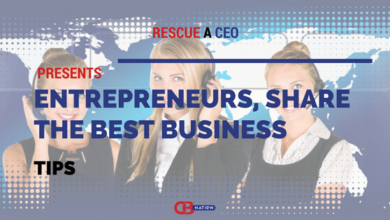 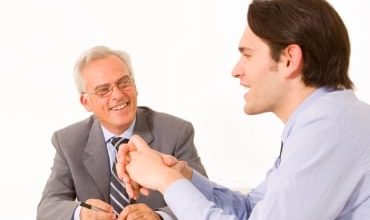