New ways of working can be pretty scary. As humans, we’re programmed to reject or fear change as it is disruptive, often unpredictable, and can be disastrous. Businesses require a change to succeed and if those changes happen to have the dual benefit of putting less in to get more out, then that can only be a good thing.

Throughout this article, we’ll show you how to combine two departments into one cohesive task force that can – among many things – deliver professional content marketing services.

Before we get into discussing how to combine the two elements of SEO and CRO, let's first make sure we know exactly what they are.

SEO stands for Search Engine Optimization. It refers to the process of fine-tuning your site, store, or blog to be the most effective when it comes to potential customers finding you through search engines.

SEO also increasingly refers to an element of your content marketing strategy. As a principle, it should inform every piece of content that you produce. From white papers to social media adverts, blog posts to video content, SEO is essential.

As the internet becomes an even bigger and louder part of business, optimizing content, with your SEO competitor research in mind, can be the difference between blending into the background and establishing a distinct advantage.

CRO stands for Conversion Rate Optimization. It refers to the process of increasing the click-through rates of visitors to your site, pages, or blog posts, who then perform the desired action. This can be anything at all but most often, it’ll be to make an order. It can also refer to subscribing to mailing lists, engaging through likes and comments, and sharing your content.

So, why not get your existing customer base to do some of that work for you? As it becomes a more frequently practiced element of business strategy, don’t be surprised if the focus of CRO moves away from in-house practices.

How to Combine SEO and CRO

Now that we’ve covered the what, let’s now take a look at the how. After all, you could already be operating with SEO and CRO strategies but you just don’t know how to combine the two.

It’s worth noting that not all of these tips and hints will work for every single business. After all, if there was a way that worked universally, surely we’d all be doing it already?

Instead, take a look at the below suggestions, and decide which ones work best for you and your company.

This point is especially fluid in terms of how you implement it, given the recent shift to remote working that will doubtless become more permanent post-pandemic.

Whether your teams are at home, or in a traditional office environment – a move away from segregated seating based is the principle to aim for.

In a home environment, regardless of which communication tools for business you use, meetings can be scheduled and composed in a way that allows for new people to get to know one another better. 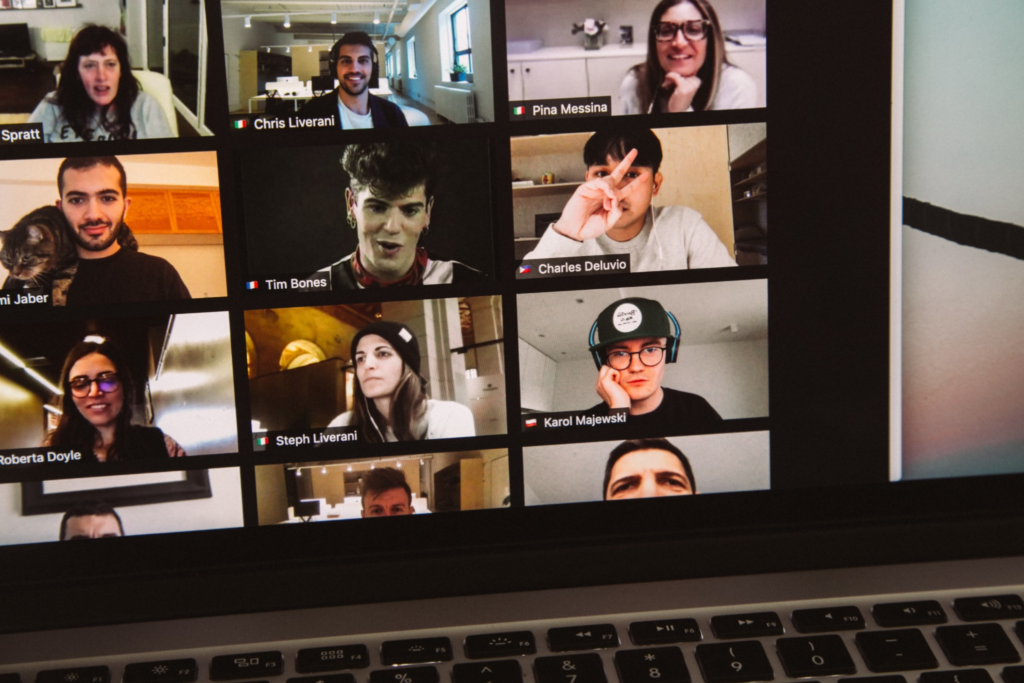 With a less rigid approach to who is around on a daily basis, trust, rapport, and relationships between colleagues can be built with surprising ease – thus making cross-team working or eventual mergers much easier to put in place.

Chances are that when you hired your existing SEO and CRO teams, they were working separately. This likely means that what you were looking for during onboarding would have been more in keeping with your original dynamic.

If you’re looking to bring new employees on board now, the context will have changed, aiming for both teams to now exist as one force. Therefore, the attributes you’ll look for in prospective employees will also need to shift, away from the narrow niches of previous hiring rounds, and towards a more expansive understanding of the new team’s overall goals.

Hold training sessions run by and held for both teams at the same time. This not only introduces SEO colleagues to CRO and vice-versa but can provide a managed environment in which both teams aren’t afraid to make mistakes in front of one another.

It has the added advantage of ensuring that this new team is built on a foundation of core understanding. With both SEO and CRO teams receiving the same training, the knowledge base of the new department will be that more cohesive.

You may encounter pushback from individuals who either aren’t enthused by the proposal of merging teams or perhaps believe that they are established enough to not need any further training. Giving these members active roles in the training sessions can be a good way of bringing them on board with your overall mission.

We’ve taken a look at the what and the how – now, it’s time to understand why. It’s all well and good being on board with the concept of combining SEO and CRO, but you’ll need to be assured of its benefits before judging how to make it best work for you.

Finding a way to work more efficiently and secure higher net income is very much the goal of all businesses today. Whether you’re a B2B SEO company or have been forced to move online by the pandemic, the opportunity to produce these results is one to be taken seriously. Combining SEO with CRO can make this happen.

Integrating two teams whose main goal is to reach more customers and increase conversions, in this respect, is kind of obvious. If the CRO members of your team are functioning effectively, this can also mean attracting more customers and repeat business down the line.

In a world where 88% of customers are less likely to return to a site that has bad UX (user experience), bringing together the SEO and CRO teams to improve your overall UX is exactly where it’s at. Many businesses are gearing their UX strategies to personalizing websites –  giving an even more tailored experience for users. 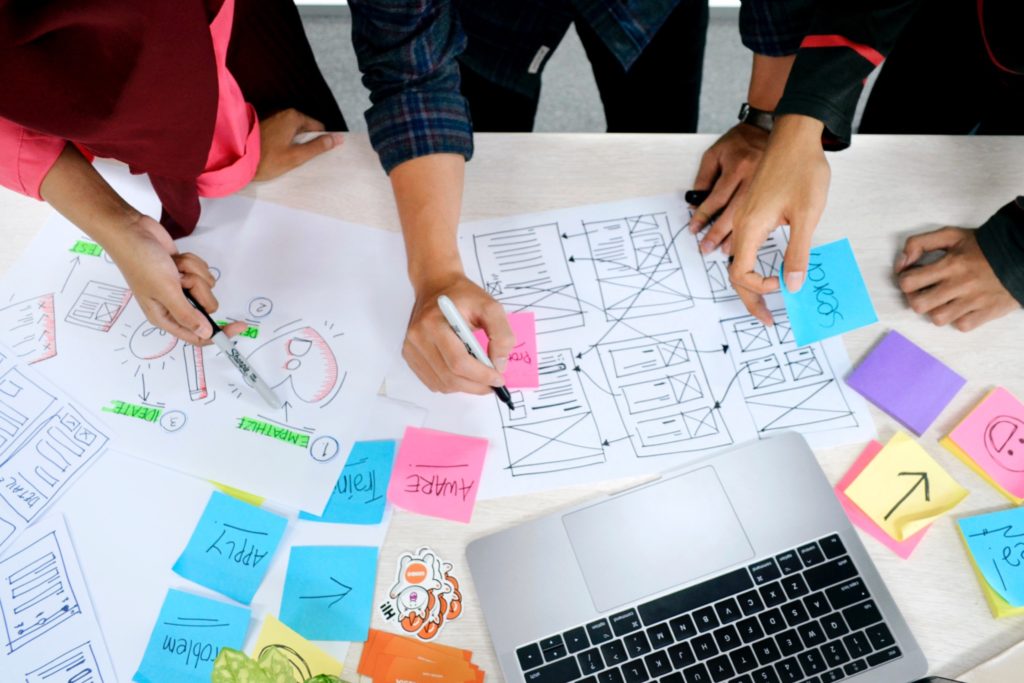 With both teams focusing on optimizing the site as a way to achieve their overall goals, the likely by-product of having them work together is the strongest site possible, in terms of UX design.

Whilst the main goal here is to attract and retain more customers in the hope that they frequent your site more often, you can’t afford to pursue this goal to the detriment of treating customers as individuals.

In an increasingly technological age, this is becoming a harder bridge to cross. But, with SEO and CRO working together, your brand credibility will likely increase drastically. It allows for onsite and offsite messaging to be more consistent, which leads to customers feeling more secure.

It solidifies the pipeline between current and prospective customers, something that no company looking to succeed would turn their back on, especially if they’re looking for slight changes that create big advantages over their competitors.

It isn’t all about the positives, though. As with any business change, you have to be aware of the potential downsides as well as the proposed advantages in order to make the best decision possible on whether or not to proceed.

One of the most obvious issues that you may run into when trying to combine your SEO team with your CRO team is that one of the teams is significantly larger than the other. Bringing the two together has the potential to engulf the smaller team and turn it into a more bloated version of the larger team.

To avoid this, ensure that the leaders in both teams are given equal power in terms of direction and decision-making – everything from the art choices on marketing campaigns to internal business process mapping. This balances out any personnel differences and ensures that open dialogue between the two teams is ingrained from the outset.

Increasing the size and scope of a team by combining two smaller teams can make it difficult to find out if anything is going wrong or holding the team back. The last thing you need, when trialing a new way of work, is a saboteur that you cannot detect.

To avoid this, ensure that every member of the new, larger team has personal KPIs to meet as well as assisting with the team’s overall goals. This ensures that, if anyone isn’t operating to full capacity, the issue is effectively identified and can be dealt with accordingly.

Any time a company institutes a merging of teams can be a fraught one. The reality is, there are no guarantees that things will work out. However, combining two strongly connected teams such as SEO and CRO is a no-brainer. As we’ve seen, it’s fair to say that the potential benefits far outweigh any possible downsides. 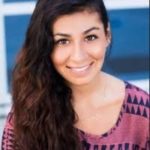 Koa Frederick is the Senior Vice President of SaaS strategy at accelerate agency, a SaaS content marketing agency that exclusively partners with enterprise tech companies to scale their SEO and content marketing. Koa has extensive experience in growing SaaS brands via organic leads and loves to write in her spare time. Here is her LinkedIn. 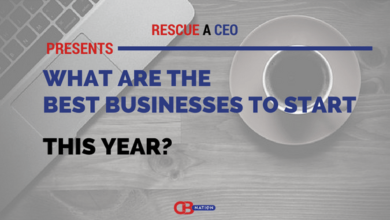 11 Entrepreneurs Explain The Best Businesses To Start This Year 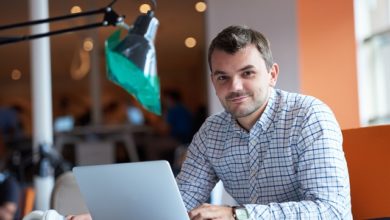 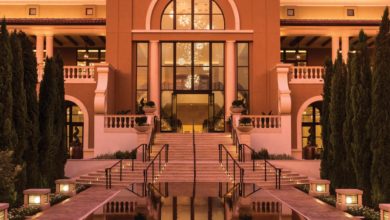 A Profile in Business Excellence: Leadership for a Global Audience

Tips on Starting a Business Fast and Successfully [ANSWERS]