Have you ever heard the statement that when women lead countries, there are fewer wars?

Knowing this, would it surprise you to hear that Fortune 500 companies who had at least three female directors saw increases of 53% return on equity, 42% return on sales, and 66% return on invested capital?

The tech industry is certainly not a war zone, but it is hyper-competitive not only for producing software but also for attracting and retaining talent. It is also an industry that has had consistent problems with not only attracting female employees but also retaining them and promoting them to executive and C-suite positions.

Why is This Important?

No matter your political or social stances, the lack of women in tech should be an important issue to everyone. Experts estimate there will be 1.4 million jobs available in computer science in the US alone by 2020, but we’ll only have enough qualified college graduates to fill 29% of those available jobs.

Of those college graduates, only 3% will be women.

That is astounding. There is an opportunity right in front of us to provide jobs to 1.4 million people in the United States, and as it stands now, we won’t be able to maximize that opportunity. If left unfilled, tech companies will fill the jobs with qualified foreigners or ship them overseas.

We have the solution, and we know it. Women. Women make up 47% of the American workforce, yet only a small percentage go into the computer science field.

Why haven’t we figured out how to better tap into the enormous female workforce for computer science jobs?

The sad reality about girls and women in tech is that we know they are interested in computer science, but somewhere along the way, they are deterred either before selecting pursuing a computer science program or after a few years as part of the tech workforce.

47% of middle school girls express interest in STEM programs, but only 0.4% end up in computer science programs.

What’s worse, of that percentage that ends up completing a computer science degree, 56% of women end up quitting their tech jobs at the height of their career. That’s twice the rate of men.

The number of women decreases as you move up the ranks in tech companies. In Silicon Valley, only 11% of executive positions and 9% of CEO positions are held by women.

Between 2011 to 2013, 6,793 businesses were backed by VCs. Only 2.7% of those VC-backed businesses had a female CEO. Some expect this is due to most VC being led by men who tend to back male-led ventures despite data showing female-led companies tend to earn 12% more than male-led companies.

But Really, What If There Were More Women in Tech?

So far, the data has shown that female-led companies generate higher ROI in invested capital, equity, sales, and earnings.

Apart from the hard numbers, employees of female leaders feel that women make better leaders in 12 of 16 core leadership competencies, including initiative, self-development, integrity, and drive for results.

Installing more women in leadership positions would not only help the bottom line regarding revenue but also regarding encouraging the employee development (particularly for women) and decreasing employee turnover.

Tools Available for Women in Tech

For young girls, more programs are starting to become available to encourage studies in computer science at an early age. Some popular ones include Girls Who Code, Black Girls Code, Girls Learning Code, and Code.org.

Beyond schools and programs, women cite having a female mentor in the tech field as one of the best resources as they progress through their career. However, given the state of women in tech, women have found it hard to find a mentor within their own company.

That’s why some of these programs have partnered with companies to create mentorship programs for the program’s graduates. This is exactly what Girls Who Code did in partnership with Intuit and Jack Dorsey of Twitter.

Going beyond what already exists for women, we must look at state and federal policies to mandate quotas for the percentage of women who hold board or executive positions. Strategies like this have worked in Norway, although they are heavily debated. Some states, like California, are talking about instating this kind of quota in 2020.

Innovative maternity leave policies will also help women in tech and other fields feel that they won’t be penalized for having a child or like they need to make a decision between work and family.

Companies don’t need to wait for state or federal governments to make mandates on quotas or maternity leave. They can lead the charge and find the best ways to encourage growth and equality for women in the workplace.

A key barrier to entry for girls at a young age is the stereotype that math is for boys. Despite having participated in coding programs for girls and enjoying them, by the time they reach high school, girls have abandoned the thought of pursuing a career in programming because of this notion that math isn’t for girls.

Once women earn their computer science degree and find a job in tech, they find themselves thrown into a culture that’s overwhelmingly male. It’s the underlying biases and condescension coming from male colleagues and superiors that ultimately drive that 56% of women out of their jobs.

This damaging culture needs to change to encourage women to enter and stay in the tech field. Tech companies need to invest in manager training to deal specifically with gender issues and tackle bias head on within their teams. Managers should install open-communication policies to help men and women understand the gender biases that exist within the company and on the team will help women feel heard.

There is a long road ahead, and it will not be easy. The tech industry recognizes there is a gender disparity and is taking measures to fix it, but it’s also up to women to step up and explore careers in tech and overcoming the biases that exist in tech.

HaveBIGplans virtually, conveniently and affordably connects entrepreneurs with certified business coaches. As the first-ever text business coaching platform, Have BIGplans has revolutionized the business coaching industry by providing unparalleled dialog between certified business coaches and small business owners in the digital age. Founded with the mission to promote economic growth by helping small business owners, especially women, to build a business that fuels their soul and their bank account, Have BIGplans works with businesses large and small, new and established, in many different industries. For more information, please visit www.havebigplans.com.

This guest post is courtesy of Kavita G. Sahai at HaveBIGplans.com. 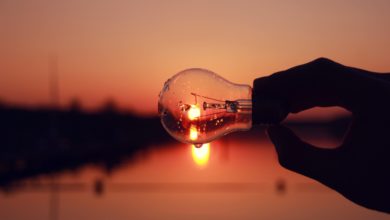 Leading Through Digital Disruption – The Emerging Role of CEOs 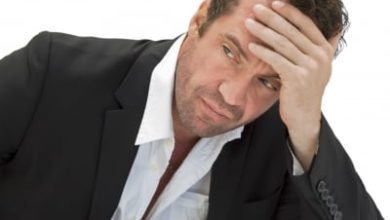 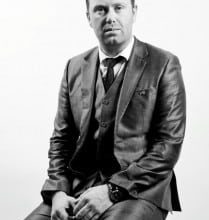 Reaching a Global Audience with a Message of International Influence: The Power of High-End Clientele 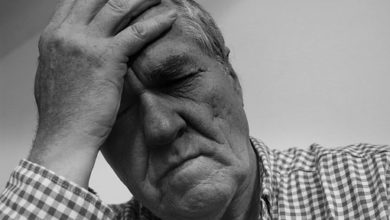 7 Tips To Avoid Burnout as an Entrepreneur