First we had MySpace. It was the one social media platform to rule all the rest. School kids found ways to get past their school’s security settings just to take a peek at their MySpace page. Then there was Facebook and still the Book holds supreme in the landscape of social media. Adding to the mix have been platforms such as Twitter, Snapchat, Vine, and Tumblr. So what exactly lies ahead for social media? What kinds of new sites will pop up in the next few years to change how business owners and entrepreneurs use social media?

Although considered by most to be a platform purely for businesses, SlideShare has started to appeal to a wider audience and people from all backgrounds are creating slideshows on the platform. Like YouTube, SlideShare gives all users the chance to easily create an interesting piece of content and have it be seen by potentially thousands of people. I predict that SlideShare will soon become as popular as LinkedIn for job seekers looking to impress potential employers, as the ability to create an attractive and professional slideshow helps them to stand out from the crowd. We've been using SlideShare to produce helpful content for our customers, and will continue to do so as the platform grows.

I always said from the very launch of Snapchat that this is going to be the next best thing. Since then it has evolved into one of the most popular social networking platforms around and what impresses me more is that it is purely app based. You look at the likes of Facebook, Twitter and even as far back as Bebo, they all thrived on their web presence before making the move over to an app. As a web designer/developer myself I've always been impressed with Dribbble but I guess that is now established. In terms of the next up and coming social media platform, I think I'll go with Ello . Self-dubbed as The Creators Network, it's USP is that it doesn't track users, doesn't flood visitors with adverts and believes in a clean, non-biased ranking algorithm for it's posts.

Thanks to Chris Shephard, Freebie Supermarket

Slack – the next big social media platform: I think you'll see Slack really come to the forefront this year. At this point, it's mostly thought of as a business messaging app. It's crucial for my team to communicate and get work done. However, we've also noticed ourselves switching to Sack for personal messaging as well. The hashtagging and group separation just makes the messaging experience so much better. Look for Slack to bleed over into the mainstream and become more useful to people for personal uses.

Thanks to Eric Brantner, Scribblrs

I seriously think the next big social network is actually a reboot: Google+.. While almost no one has been watching, Google+ has quietly been reinventing itself. Instead of attempting to be a Facebook clone, the new Google+ uses advanced Google machine learning technology to center content around shared interests rather than relationships. Users build Collections of curated content around their favorite topics and join Communities that align with their passions. Using that data combined with each user's behavior on the site, Google+ builds a content stream that is actually useful and highly engaging, personalized to each user. But the biggest reason I think Google+ will re-emerge and finally become a major network: Google is still investing in it, and Google always dumps hopeless failures rather quickly. They are seeing something in their data that the pundits can't see. Keep an eye on it!

Although Instagram has been around for years now, it is most certainly untapped by a lot of businesses. People love visual content and especially now how pretty much all of internet browsing is done on mobile devices, it is a platform people need to discover. Due to the rise is social media marketing, it is more important than ever for businesses to interact with their customers. You can expose your business/product to millions of people for free, yes… For free! You can build trust and show your companies personality through creative posts, which will give a personal touch to your brand. It is said that in 2015, only 32.3% of businesses in the US used Instagram for Marketing, that number is set to rise to 48.8% in 2016… So best get started!

Thanks to Harry Phillips, itas

I think that social media has been evolving rapidly ever since the very first social media sites appeared online. Lately however, I think that the focus has switched towards real-time. So, I think that the new social media platform that will (soon enough) steal the spotlight, is Periscope – the live video streaming app acquired by Twitter (before it was even launched) in 2015. In a world where we cannot get enough of speed, real-time applications will be taking over.

Thanks to Doncho Karaivanov, Inet Solutions

My real response would be that businesses are still not even using SnapChat to its effective level but I am sure you will hear that from most of the sources. I think the next big thing will be brands using Facebook Live to its full potential. The trend in society is that consumers want the layers peeled back on the brands they support and want to see an authentic interaction. A live streaming service like Facebook Live, Periscope, or Twitch is going to continue to grow as brands understand the true value of the platforms.

I'm sure everyone is going to tell you that SnapChat is the next hottest social network, but it's not necessarily for all businesses. It's a niche network that works for certain personality types and business owners, but may not be right for you. My personal new hot topic is not a new site, so much as a new feature on our old fav – Facebook. Facebook Live is a very powerful marketing tool for business owners. You can live stream straight from your business, show people how you do what you do, personalize your brand… and all this is done from your Facebook business page, to your existing audience. There are so many additional perks – like extended reach – that it makes it a no brainer for anyone half decent in front of a camera. You can go Live in 3 easy clicks, so what are you waiting for.

Thanks to Derric Haynie, Rebrandly

Snapchat and MSQRD introduced us to filters and face swapping. Samsung and Google are making big moves in the virtual reality space. Put those two together and you get – personalized virtual reality. Apps and filters that allow you to easily photograph or film yourself in virtual reality. Think: Sitting on your couch at home, then opening an app and taking a photo of yourself that makes it look like you're in Egypt sitting on top of a pyramid. Or let's say you're out for a jog in your neighborhood park. With a simple touch of a button you're able to take a video of yourself with zombies chasing you in the background. How's that for #workoutmotivation?

Thanks to Misti Cain, Whyzze

Periscope is the next big thing! The attention span of humans has declined from 12 seconds to 8 seconds in the last two decades. (Goldfish have an attention span of 9 seconds!) Target audiences are spending more timeon apps that give them information quickly and visually and do not require much analyzing. The live video streaming app, Periscope, offers audiences worldwide just that. The opportunities this social media platform offers are endless. It helps me to connect the world to Bikini Luxe on a more personal level and continue to grow my brand. The app, owned by Twitter, allows you to log on using your twitter account or phone number, follow your favorite accounts, and even broadcast your ownvideos. I am certain the fast-pace world we live in today will fall in love with Periscope just as I and its present 10 million users have.

Thanks to Candice Galek, Bikini Luxe

Over the last few years, we have seen a steady rise in the amount of users on live, visual and video platforms. I think that we are quickly headed into a live, visual era, where we can see the daily lives of people, companies, events, and brands, as they are happening. Because of that, I see 3 platforms gaining traction as we go through the latter half of 2016: Yik Yak, Hyper and Snapchat. These are all real-time, photo sharing apps/platforms that millennials have already embraced. Both Yik Yak and Hyper also include geo-targeting, so that you can connect with people, wherever you are.

Thanks to Kristi Brown, Significantly Successful

While SnapChat is already a big player in the social media sphere, there is still undiscovered value with the potential this platform has. The recently added features such as facial recognition software has opened the game up for marketing opportunities for companies to be able to create their own branded content. SnapChat already offers users to view short snippets of content and news in which users can be directed to the landing page to learn more on the subject. Only recently within the last year has the advertising potential been utilized by larger companies with short advertisements in between those branded news snippets. I see SnapChat is getting more localized in the near future to where smaller regional, and local businesses are going to be able to promote their own short snippet content based on geographical location of the user. It is only going to become more targeted through the years, as more companies become aware of its value, and get involved with SnapChat social media plateform.

Thanks to Keith Paulin, SeoWorks

Twitter knows it's been slipping and losing participants as of late, but with their recent changes of increasing the character limit and not needing to add a ‘.' before @ing someone, I think they'll be back on top. Especially for business owners, Twitter is a great place to get in on the conversation, and keep in touch with customers.

Thanks to Deborah Sweeney, MyCorporation.com

The next up-and-coming social media people should be looking at closely is Snapchat. Snapchat allows us to build very deep relationships with our audience, those relationships turn into sales. This platform isn't for 14-year-old girls anymore the platform is aging up fast. Secondly, Snapchat gives us the opportunity to have major exposure for a ridiculously low cost. An average billboard in time square cost over $100,000 for 24 hours, you can map all of Time Square for 24 hours for less than $200. Snapchat geofilters are hugely powerful if utilized in the right mechanism.

Thanks to Austin Iuliano, Snapchat Mastery 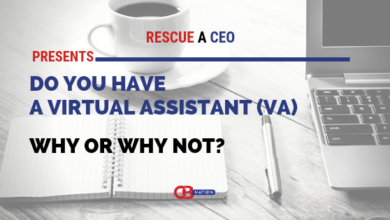 17 Entrepreneurs Explain Why or Not They Have A Virtual Assistant 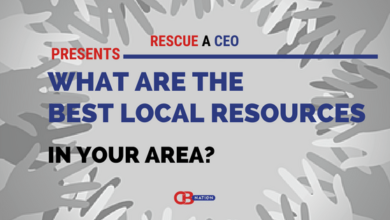 6 Entrepreneurs Explain The Best Local Resources in Their Area 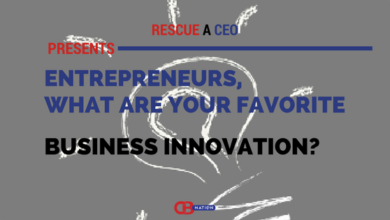 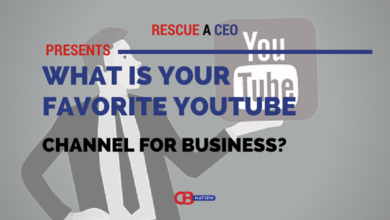