Would you like to provide an answer to our weekly questions? Sign up for our newsletter to get the questions delivered each week to your inbox.
—-

In the world of business each country has something to offer. The ideals of their leaders, people or politics can be put aside when you’re speaking with the client and trying to come to an agreement on your business. For this reason alone there is a question to be answered. Is there one country, our two, who stand out above all the rest in terms of having fertile business soil? Some countries have more savvy business minds while other countries may have wealthier clients. And still there are countries where your product may not have a strong presence and the field is open to grow greatly in the small market. So which do you pick? CEO Blog Nation has rounded up answers from entrepreneurs on their pick of the best countries to do business in.

Get Your FREE Copy of Our eBook The “I am CEO Handbook Vol. 1” Today

Canada is especially attractive to our site seeking clients today – especially European companies concerned about the fiscal crisis in Europe and new tax increases and austerity measures there.  Canada  today is more competitive then ever, much of this has to do with its sound fiscal and economic strength.  The banking system in Canada is the strongest in the world today and unlike here in the States, lending is abundant. This is no doubt the hot button issue for site seeking companies today in the States and in Europe.  Europeans also have an historic cultural affinity for  Canada and its socially progressive system…  Another benefit of Canada to site seeking corporations: nationalized healthcare. The reality is that in Canada a company will pay roughly 12% of its annual labor costs in healthcare – in the U.S. the figure is closer to 40%. This translates into significant labor cost savings in Canada. (it remains unseen how the Healthcare Reform Act will play out , but businesses are overwhelmingly skeptical and in fact concerned about additional cost pressures).

Thanks to John Boyd, Jr., The Boyd Company, Inc.

Israel is one of the best countries to do business in today because the pool of technical talent there is unmatched compared to anywhere else in the world. In the last five years, a ton of high-tech U.S. companies have been working hand-in-hand with many Israeli companies and facilities in advancing tech. Many global powers today, including Google, Intel amongst many other tech giants, all have facilities based in Israel that they rely on for their day-to-day operations. One of the biggest reasons for Israel's explosive surge to the top is because of the Yozma program, which relies on government-sponsored efforts to stimulate venture capital and foreign investment in their tech industries. On top of the Yozma program, there are also many incubators based in Israel that help encourage, jumpstart and nourish the tech development within the country.

China is growing rapidly, needs foreign products and services, and has trillions of dollars to spend. Where else in the world besides China will you have such opportunities? China is growing at 8-10% GDP annually and this should continue for the next 5-7 years. China has an existing middle-class of somewhere between 300-400 million people, bigger than the total populations of most countries. The middle-class is expected to grow to over 1 billion people by 2025. Imagine selling your products and services to over 1 billion Chinese. Chinese consumers and businesses also love foreign products, from name brand consumer goods like Rolex watches, Apple phones and Gucci handbags to industrial equipment like Caterpillar tractors, Boeing airplanes, and Baxter medical products.

Thanks to Stanley Chao, All In Consulting

Considering the size of Denmark, it really amazes me how many great free services, events and support networks are offered for entrepreneurship throughout the country. Since moving here last year, I have attended a whole heap of different events (organised by Entrepreneurship in Denmark, Københavns Erhvervsservice, Udvikling Fyn, Scaleit, Danmarks Iværksætteruge). As well as the events that are open to everyone, there are additional events for expat entrepreneurs, who often require different types of support, are attracted to different content areas and speak a different language! I was recently nominated as a finalist for the Entrepreneurship in Denmark Award, which is one such opportunity open to all entrepreneurs in Denmark with a foreign background.

Thanks to Hannah West, Besos

The best country for business is clearly the United States of America, particularly the state of New York. New York City is the place to be for entrepreneurs as it is the financial capital of the world, where all the major merchant banks and investment banks are right around the corner. NYC and many other big cities in the U.S. are all filled to the brim with hustling self-starters. A lot of colleges and universities are also based in the area, and many motivated individuals graduate and come out ready to work and make an impact. Our company is located in Great Neck, which is within 25 minutes from the city by train. With all the resources necessary to start and maintain a business, we wouldn't settle for any other location besides New York. This wonderful state is one of the biggest reasons why the U.S. is the best country for business.

When, in 2010, I founded Nutmeg, the first online discretionary investment manager capable of offering diversified portfolios to individuals of almost any level of wealth, I quickly decided that the UK was the perfect place to build the business. Quite apart from the emotional ties – I grew up in England and worked in the City for almost a decade before studying for an MBA at Stanford Business School – I agree with Jimmy Wales, the founder of Wikipedia, who said in an interview last year that there is no better place for an internet start-up than London. For example, it is, perhaps, not widely known quite how much the British Government does to support fledgling businesses. I pitched an embryonic version of the business to a Stanford class which included Eric Schmidt, then chief executive of Google. He told me that, if he were 20 years younger, he would want to set up Nutmeg himself. It was, however, a Brit who lured me back home, through the UK Trade and Investment’s Global Entrepreneur Programme. I was also influenced by the UK regulatory environment, which is much more co-operative than that of the US. There are many other factors which make London so attractive. The venture capital market is strong, the financial services sector is well established and the talent pool is both deep and concentrated. In the Silicon Valley echo chamber, you have to compete with the likes of Facebook and Google to attract the best software engineers. In the UK, on the other hand, there are fewer big names and an increasing number of eager, talented people looking to join the next big thing. “Why isn’t Mark Zuckerberg British?” asked Boris Johnson in his Telegraph column last year. Hopefully, the next one will be.

Thanks to Nick Hungerford, Nutmeg 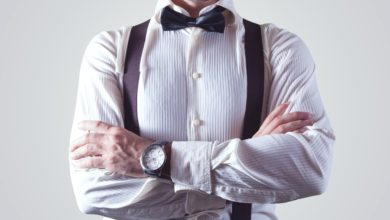 Why The “Yes Man” Culture Ends With Start Ups

Choice, Not Confusion: The Global Pursuit of Information 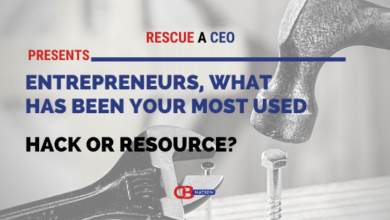 20 Entrepreneurs Reveal Their Most Used Hack or Resource 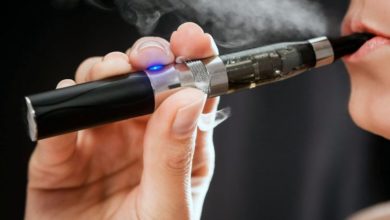 The Vaping Industry and Retail Merchandising: An Economic Phenomenon and a Technological Breakthrough