If there is one business practice, which is the enemy of intelligence and the principles of decency, it is the concept known as FUD (fear, uncertainty and doubt). This theory – it is both a strategy and a series of tactics – is commonplace within certain industries (more about anon), where sales, marketing, advertising, public relations and the equivalent of corporate propaganda spread negative or false information.

As a point of distinction, CEOs should celebrate competition – it fosters innovation and the creation of better goods and services – but there is a difference between seeking to triumph fairly and winning at the expense of the truth. In the world of health and healing, FUD may just as well mean DOA (dead on arrival), costing the lives of patients and sustaining a culture of failure-disguised-as-success.

Indeed, there is a famous axiom, which encapsulates the folly of this phenomenon and its harmful effect on business. The phrase is, “Nobody ever got fired for buying IBM equipment.” True enough, and troubling enough to prove the dangers associated with fear, uncertainty and doubt: Misinformation, unfavorable comments and wild speculation drive people towards an accepted standard – never mind the standard's inadequacies, excessive cost and inability to solve a clear problem – because the standard represents the path of least resistance.

When this attitude is institutionalized, when it becomes a source of job protection and an enemy of change, when going with the “safe choice” represents no choice at all — when all of these events conjoin, the outcome is, despite all the name recognition and prestige, quite predictable: Defeat.

I write these words from experience, where buying IBM equipment – and here I refer to IBM euphemistically, as I have no brief against the company or its products – can physically ruin people and destroy their life savings.

I write these words as the Founder of The Holistic Sanctuary, where I seek to permanently end addiction, heal patients and battle the forces of fear, uncertainty and doubt. For, those elements are responsible for a culture of addiction (to drugs and conventional rehab centers), in which there is no one to fire for buying IBM equipment because the patients themselves (or their families) are purchasers of a broken product.

At least, the IBM equipment – in the literal sense of the word, the hardware, software, hosting and consulting services, and mainframes – works. There may be cheaper or more user-friendly alternatives, but the metaphor has less to do with selecting the wrong vendor than it involves a way of thinking, which – over the long-term – produces mediocre management and a follow-the-herd mentality.

But in the world of health and wellness, the equipment – the prescription drugs, antiquated ideas, ineffective treatment modalities and forms of attack therapy – worsens an already bad problem, while simultaneously creating a set of new ones. In this situation, conventional rehab centers do embrace the use of FUD; their IBM equipment consists of promoting the names of celebrities who enter their Malibu, California, clinics, without also mentioning the high rates of relapse among all patients who undergo treatment at any kind of traditional facility.

The universal business lesson involving this phenomenon – the takeaway point about deception as a marketing technique – is, in my opinion, simple: If you have to confuse people and exert leverage against the emergence of a superior product or service, and if your entire communications plan is reactive and focused on distorting favorable news of a competitor, then your company should surrender, or change for the better.

And, in response to the query, “Why shouldn't a business vigorously defend its turf against an upstart, or do everything necessary to satisfy the interests of its shareholders?” I say the question itself is wrong. By all means, protect your position in the marketplace, but remember the slogan of technology activists: “Information wants to be free.” So, eventually, the truth will undo the practitioners of fear, uncertainty and doubt.

In my case, I see how those forces can damage a person's brain, weaken their immune system, eviscerate their self-esteem and have them accept the ultimate falsehood — the idea that addiction is an incurable disease.

At that point, a patient is pliable – you can have them consume a chemical cocktail of prescription medications, label that untested concoction treatment – and, if you are a doctor at a conventional drug rehab center, convince yourself – that the IBM equipment (all those brand name antidepressants, stimulants, sedatives and synthetic compounds) works.

When the inconvenient truth emerges, when journalists and independent critics finally examine the equipment, so to speak, these centers have a choice: Close or attack. Hence my advice to CEOs in a variety of industries, “Never put yourself in a situation where the truth is your enemy and facts are your foe. Offer a quality service, or find another business worth pursuing, period.”

For patients who have suffered but survived the torment of a conventional rehab center, my goal is to banish FUD and direct my attention to healing these people with my all-natural, safe and effective treatment known as the Pouyan Method. Along with the repair and rejuvenation of brain cells formerly damaged by addiction, for which we have the scans to prove our success, we heal a person's brain so they can heal their life.

That pledge, complemented by personalized service, 5-star amenities and the positive energy of the neighboring ocean and foothills, is the ultimate rebuke to fear, uncertainty and doubt. It is also a reality, the means by which we defy convention – and conventional rehab centers – so guests can permanently end addiction.

To my fellow CEOs, look to the future with optimism and certitude. From there, you have no reason to harbor fear or doubt.

Have It OUR Way: Giving Customers Control Will Dramatically Boost Your Business 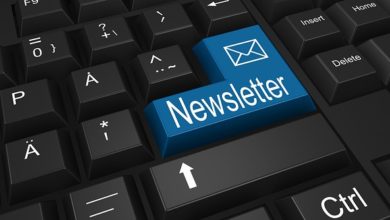 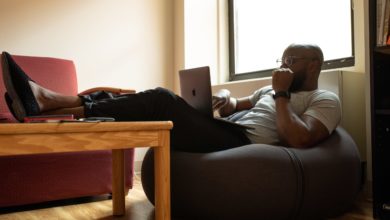 Office Benefits You Can Get From Home 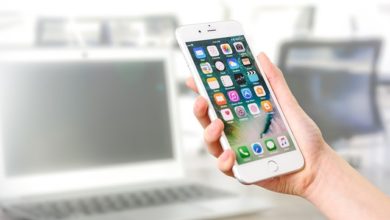 Why Your Marketing Shouldn’t Disappear in a Crisis 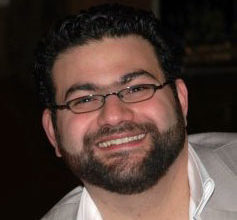 How to Restart a Business [ANSWERS]