Sell, sell, sell. Companies across the spectrum from late stage startups to midsized and large businesses alike are always looking to grow their revenue stream. Far too often, this comes at a steep price, which gets paid in the form of weakening internal processes. The most successful leaders are able to balance the times when growth is at the forefront of every decision with the need for improved in-house efficiency.

The pinballing between a growth stage and stabilized stage results in noticeable differences in a company’s focus and thusly, its output. There are some unavoidable pitfalls that come from the blinders a company puts on to achieve massive growth. However, in order to maintain an upward trend, it will be necessary at times to slow down or even plateau business development in an effort to catch internal processes up to the recent growth surge.

A company’s growth should look more like a staircase than a slope of a mountain. After an intense growth phase, the company should focus on what that growth means to its infrastructure and external positioning. As a company’s policies and processes evolve, it can position itself to grow faster and more effectively.

Outlined here are the issues that arise in each of the two major phases of a company life cycle and how to navigate the transition successfully.

Growth is a fairly simple concept. It means higher revenues, which is not to be confused with lowering costs. However, even in this fairly simple start to the conversation, immediately there is a fork in the road. At the onset of a growth campaign, a company has to determine if it pursues deeper relationships from its current customer base thus increasing per client revenue, or, if it takes on a broader market share, keeping per client revenue the same, but drastically increasing the number of customers. The answer to this question will determine how employees are bonused, what type of business development professionals you pursue and how marketing supports the business development staff. This is true regardless of the size of the company.

Growth can be the sole vision of the entire company and it can be “all hands on deck” as it pertains to business development, but the rewards (bonuses, raises, etc.) have to match the desired outcomes. Often times, companies overlook the question posed earlier regarding their direction – or answer “both” – which leaves the company’s employees confused about what path to pursue, what goals to chase and how best to direct their efforts. In turn, this leaves management frustrated. In its mind, it set out a clear goal (Grow!), and its employees, rather than acting like an efficient crew all rowing in the same direction, scatter.

Think of the difference between a business development professional that excels at bringing in new clients compared with an account manager who excels at deepening the relationship. Think of the differences in support and technology that each type require. Think of the other areas of the business that are affected and the magnitude of the effect. For example, a company that is managing its current relationships well may believe it is able to predict what increased business from the same client base will demand. However, if it increases resources and staff in anticipation of new business, it may find its predictions were not exactly on point. New clients may stress operational areas in new ways. Think of the speed with which you need to respond to either. Even with a clear growth strategy, the ripple effect will be global and identifying the areas that need the most attention may not be so easy. While these are worthwhile issues to ponder, in an intense growth period they do not often receive the attention they need.

The good news is that growth will still be achieved. Revenues will increase. However, challenges will surface. Because all the effort and vision has become focused on increasing sales, companies will address these other challenges in the most expensive and least effective way possible. They may install new technology without properly evaluating if the technology meets their needs. They may simply throw staff at an issue. And, the more distant from the core function of the company (i.e. the less it is integral to something that the customer buys), the less attention it will get. Therefore, the implemented solution will be the least effective and the most costly. This is natural, but it is also why a step-plan is better than a slope plan.

At some point (and it is different for each growth strategy and company), sales will reach or exceed the capacity of the company to process new business. In order to achieve long term growth, focus, counterintuitively, will need to be shifted from intense growth to stabilization. This can be a difficult transition because business development is now ingrained into the company’s fiber. However, the influx of new business now necessitates adaptations and improvements in numerous processes and areas such as accounting, human resources, inventory management, client retention, etc. The best managers will realize this early on and gradually shift the culture of the company; the bad ones will realize this too late and the fallout will be tough to overcome. Good problems, as they say, are still problems.

This stage is not akin to a company merely catching its breath. Whereas the growth stage improves the bottom line by increasing revenues, the stabilization phase improves the bottom line by maximizing efficiencies, empowering employees and allowing processes, technology and procedures to adjust to a company’s new size and reality. It also serves as a metaphorical anchor in a mountain. The company stabilizes at a new height. It is empowered to grow from here. However, if it does experience a future decline, it is less likely to fall past this new height.

The stabilization phase is easy to detect. Companies stop encouraging their employees to ‘act like entrepreneurs’ and they start emphasizing structure and processes. Roles become better defined. Well-defined roles are a benefit because it makes finding the best candidate more likely. As a company begins to staff up with a better, stronger skilled and experienced staff, they can now begin to push into the next high growth phase.

When a company has better processes, resources and staff, the next growth phase will be more powerful than its predecessor. The business is now capable of pushing their team and resources further than was possible during their previous growth spurt. But, at some point, capacity will be reached again and there will be a need to enter a new stabilization phase.

Growth is about increasing revenues. Stabilization is about exploiting and correcting efficiencies. They are the two sides of the same coin of maximizing long-term viability.

Joel Freimuth began his career in equities analysis and currency trading. His professional stints range from legal firms to investment advisory companies. Joel was driven to start Blue Pearl Consulting based on his ability to become a trusted advisor to business owners and to help them solve problems. Blue Pearl Consulting brings world-class research and analysis to bear for subsidiaries of large publicly traded firms to mid and smaller mid-market companies. 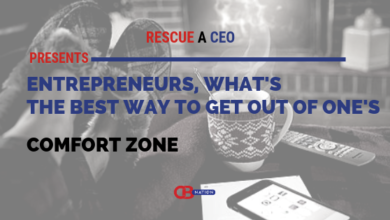 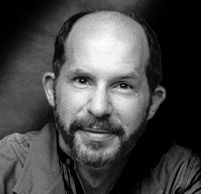 Is 'Old Fashioned' Marketing Still a Viable Option in this Online World? 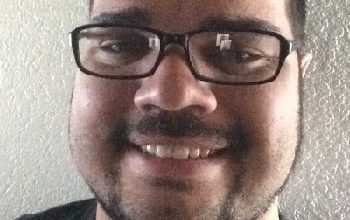 Grow the Self, Grow the Team 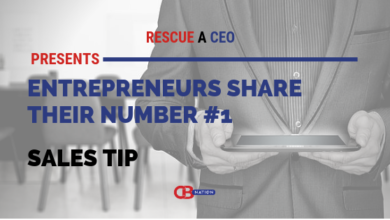