Starting a company, developing a new product, or launching a brand is the dream of many entrepreneurs — one that unfortunately can turn out to be a nightmare. We’ve all seen the grim statistic stating that upwards of 80% to 90% of startups fail. However, more encouraging studies suggest these reports are often overblown and misleading. The Small Business Administration (SBA) recently cited that a third of all small businesses go dark after just two years, but nearly 40 percent remain open after ten years of operation.
In a digital age where it has never been easier to cultivate new concepts, collaborate with remote contributors, raise awareness via social media, and crowdsource feedback and funding, the reality that a significant amount of new businesses flop shouldn’t ultimately dissuade you. Failure is unfortunate but often warranted due to a poor idea or execution. What’s truly sad is when a strong concept never sees the light of day out of fear of failure, and when a promising startup goes down the tubes because of avoidable rookie errors.
If you’re thinking of launching a business for the first time, consider these five common mistakes for new startup entrepreneurs.
Mistakes Too Many Startups Make


Choosing Partners You Can’t Get Along With

As established, starting a company is no walk in the park. There are long hours, intense pressure, tight finances, and many other stressors. Add in a situation where you have people with conflicting personalities and ideologies, and you’re sitting on a powder keg with a short fuse. Going into early-stage partnerships should be like an engagement period or trying out living together before entering into a marriage. Test the relationship to make sure it works, so you don’t have to go through a messy breakup that takes its toll on everyone.

Rather than determining the final details of something that’s just starting to take shape, work out a loose agreement that outlines individual roles and expectations in a given timeline, like 90 days, or six months. Set some kind of goal or desired outcome, such as reaching a certain revenue level, proving a concept, or receiving funding. A trial period not only reveals whether the team you’re building has the right chemistry, but factors such as how much work people are willing to put in and the value of the skills each are bringing to the table.


Running off to Silicon Valley

Silicon Valley holds an enduring place in the history of modern technological innovation and startup culture. But it’s not the Mecca it used to be for myriad reasons. It’s costly, congested, and the competition for talent and investment is relentless — for many, it's now become the opposite of what used to define the ideal location.

It’s no longer necessary to be in a particular location or hotbed to launch a new venture. Innovations ranging from remote collaboration software and virtual conferencing to online networking and fundraising solutions, make it possible for successful U.S. startups to pop up from Portland, OR to Portland, ME and everywhere up, down, and in-between.

The inexperienced entrepreneur often figures, “The more money I raise and the higher the valuation of my company, the better.” However, most seasoned founders feel that it’s smarter to take a more conservative approach to early funding. New companies typically spend all of their first-round capital within a year to a year and a half no matter how much they raise above and beyond their target. Excess cash can lead to mismanagement of resources, over-hiring, and premature expansion before final product development and market penetration. Over-funded startups also have a tendency to get lazy and throw money at problems rather than work them out creatively.

It’s crucial to understand how much the amount of money raised in early funding plays a determining factor in setting your valuation. Taking too much can create unreasonable expectations for growth and return on investment, and significantly increases the amount you’ll need to seek in a second-round or up-round. Instead of shooting for the moon, stay grounded and ask only for the money you’ll need to achieve strategic objectives and drive your business to the next milestone.


Wearing Too Many Hats

The idea that you’re willing to do whatever it takes to build your business, even if it isn’t your forte, is precisely why you stand a chance to be successful. The reality is, however, that there are important jobs that need to be performed by a person who possesses the appropriate skills and experiences. If you’re playing the role of the CEO as well as sales, marketing, human resources, content, and accounting, there’s virtually no way you’re performing to professional standards on all fronts. It's too much work for a single person to carry out alone.

Avoid getting burned out and dragging down the quality of work in critical areas by building a team that complements your strengths and compensates for deficiencies. Being a good leader is about finding the right collaborators and delegating duties to those who are most qualified. If you lack the funds to hire an all-star staff, look to recent graduates and bloggers to identify young and hungry candidates with talent and potential. It’s also wise to utilize software as a service (SaaS) solutions such as Freshbooks for finances, HubSpot for marketing automation, and Slack for team communication and productivity — anything to free you up to do what you do best.

There’s always going to be some sweat equity involved in launching an entrepreneurial venture. But not taking a salary after startup is almost universally considered a colossal mistake. For investors, it distorts the perception of current revenues and operating costs, leaving them wondering what the bottom line is going to look like with a more robust payroll. Paying yourself enough to make ends meet helps keep you focused and financially healthy as you put everything you have into growing your business. It also demonstrates from the earliest stages that you are instituting a strong organizational foundation and structure from which to build.

Thinking you’re going to be able to come up with the perfect concept, product, branding, and business plan straight out the gate is perhaps the biggest blunder you can make. Learn from those who have come before you by avoiding these five common mistakes for first-time entrepreneurs.
Mark Platt is a business and writing coach with an extensive background of working in marketing. He launched his first business venture at 18 with resounding success before transitioning into angel investing and now working with startup founders who show potential in their product and business-launching plan. 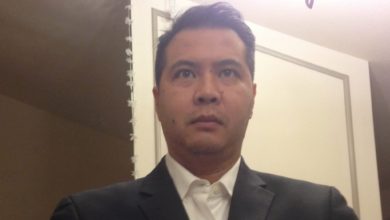 Technology as the Gateway for Choice and Personalization: A Global Audience with a Mobilized Mindset 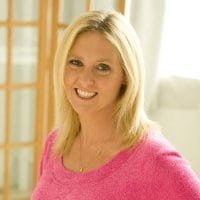 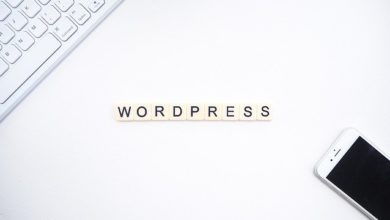 Entrepreneurs: 6 Reasons You Should Launch Your Next Idea with WordPress